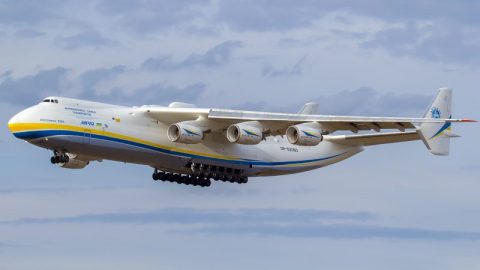 Antonov Airlines will once again use the largest cargo plane in the world, the AN225, for regular cargo flights in the coming weeks. This has been announced by the Ukrainian freight company.

The freight giant must provide extra capacity for the busy Christmas days now that the entire freight fleet of competitor Volga Dnepr is kept on the ground until at least the end of this year. Volga Dnepr made this decision after one of its AN124’s had to make an emergency landing due to an engine failure.

Because of that incident, half of the AN124’s global fleet is currently not available to shippers for the time being. This also hurts project forwarders, considering these aircraft are highly suitable for heavy air freight transport due to their capacity of 150 tonnes. According to Volga Dnepr, the fleet was fully booked until the end of the year. The company has said it will help its customers find alternative solutions but that delays are likely to occur.

Due to the great shortage of B747 freight jumbos in the world, that aircraft type is currently not an alternative to the discontinuation of Volga Dnepr’s AN124s. It is therefore all hands on deck within the niche market of heavy cargo aircraft.

Normally, the AN225, which can transport up to 250 tons, is only used by Antonov Airlines for special transport jobs. For regular heavy transport, the operational costs of the cargo plane, which has six jet engines, are far too high. There’s only one AN225 available for commercial flights in the entire world. Antonov’s plan to build a second aircraft of this type has never been realized. 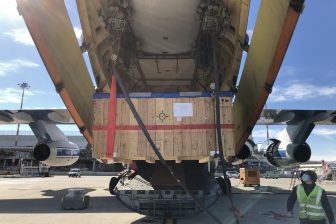 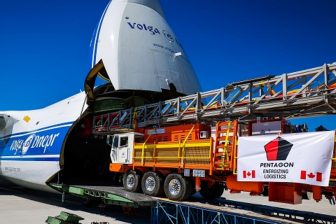