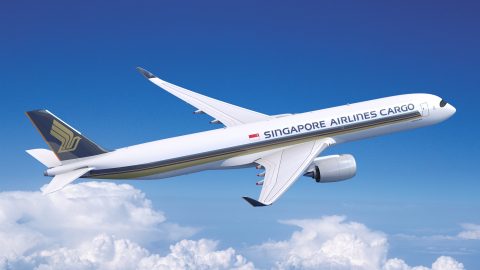 Singapore Airlines (SIA) has signed a Letter of Intent with Airbus to purchase seven A350F freighter aircraft, with options to order another five aircraft. Deliveries are scheduled to begin in the fourth quarter of 2025, when SIA will become the first airline to operate this new generation widebody freighter aircraft.

The agreement includes a swap with 15 A320neo and two A350-900 passenger aircraft that are in the SIA Group order book. This allows SIA to manage its capital expenditure, while continuing with the essential freighter renewal programme.

The A350F can carry a similar volume of cargo as the Boeing 747-400F, which it will replace in the SIA fleet. It burns up to 40 percent less fuel on similar missions to provide better operating economics, and boasts a longer range that offers greater flexibility in aircraft deployment. The A350F is powered by the Rolls-Royce Trent XWB-97 engine.

Renewing the freighter fleet reflects Singapore Airlines’ continued investment in the air cargo segment, which is a core business for the company. Singapore Airlines has bolstered its cargo capabilities over the last few years, especially in key segments such as e-commerce, fresh produce, and pharmaceuticals. Adding the A350Fs will reinforce the company’s position in the sector, while strengthening Singapore’s position as a global air cargo hub.

The deal also supports the SIA Group’s sustainability goals, and its commitment to achieve net zero carbon emissions by 2050. Operating a young fleet of modern aircraft is the most immediate and effective way for airlines to materially lower their carbon footprint. Replacing the 747-400Fs with the A350Fs would cut SIA’s carbon emissions by around 400,000 tonnes annually, based on current operations. As the A350Fs and the other new-generation aircraft that are in its order book enter into service, the Group’s future fleet will remain one of the youngest in the industry.