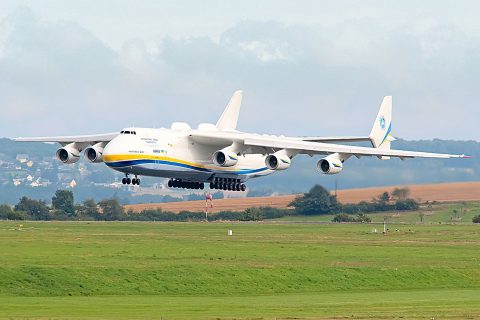 Antonov Airlines said that the largest project cargo aircraft in the world AN-225 Mriya was destroyed during an attack by Russian troops on the Ukrainian civil Kyiv-Antonov airport, in Hostomel. The aircraft was damaged and subsequently burned down as a result of attack and capture of the airport.

Antonov informed that the aircraft was at the home base in Ukraine for maintenance, adding that the loss of this unique aircraft, which was the real piece of technical art, is a great loss not only for Antonov Company and Ukraine, but for the entire aviation world.

The news of Mriya’s destruction was broken by Ukraine’s foreign minister Dmytro Kuleba.

This was the world’s largest aircraft, AN-225 ‘Mriya’ (‘Dream’ in Ukrainian). Russia may have destroyed our ‘Mriya’. But they will never be able to destroy our dream of a strong, free and democratic European state. We shall prevail! pic.twitter.com/TdnBFlj3N8

Ukrainian defence agency Ukroboronprom cited the director of Antonov Airlines, as saying that one of the engines of the aircraft was dismantled for repairs and the plane wasn’t able to take off that day, although the appropriate commands were given.

“Currently it is impossible to assess the plane’s condition and the possibility and cost of its restoring due the lack of access to the aircraft as the control over the airport is taken by the Russian occupiers,” a brief statement on Ukroboronprom’s website reads. Previously the defence agency said that the repair of the aircraft is estimated at over $3 Billion, and that it will be “restored at the expense of the occupier”.

The AN-225 was originally developed to transport the Energiya carrier-rocket and Buran space shuttle between space facilities in the former Soviet Union. It made its first flight on December 21, 1988.

The AN-225 entered commercial service in 2001. Since then, it has operated flights all over the world carrying cargoes such as electrical transformers and mobile power generators. It also supported worldwide peacekeeping and humanitarian operations.

The aircraft’s service life was extended, and Antonov planned for the the AN-225 to remain in operation until at least 2033.