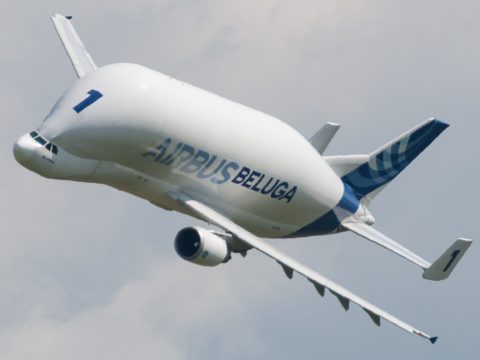 The French company, Bolloré Logistics, used the Airbus super-transporter A300-600ST, the Beluga, to transport a Helibras ACH160 helicopter from Marseille in France to Brazil. This is the Beluga’s first trip to South America.

The Brazil-based helicopter manufacturer and subsidiary of Airbus Helicopters, Helibras, entrusted Bolloré with the transportation of one ACH160 helicopter to Viracopos – Campinas International Airport (VCP) in São Paulo. The helicopter is now undergoing the final stages of assembly at Azul Linhas Aéreas’ MRO facility at VCP.

The Beluga also remained at VCP for a few days before flying back to Europe. The Beluga has a capacity of 47,000 kilograms and a maximum range of 2,779 kilometres. It has been in use since 1995, while its replacement, the BelugaXL, entered service in January of 2020. This is the fourth charter by Bolloré with a Beluga aircraft for helicopter transport.

Bolloré Logistics teams in both France and Brazil provided end-to-end services, including loading and unloading the helicopter, customs formalities, and transportation to the assembly site within the required timeline.