Can ammonia be used to fuel vessels on transatlantic voyages?

G2 Ocean, Grieg Maritime Group, Suzano and nine other industry partners in an ammonia study. The partners in the study aim to find out whether green ammonia can be used to power open-hatch carriers on transatlantic voyages.

The project that has been initiated in January 2022 is currently in the planning stages and also incudes, ABB, Ammonia, ColliCare Logistics, Daphne Technology, DNV, MAN, Skuld, Umoe Advanced Composites and Wärtsilä.

“Ammonia has a key role to play in enabling industries to decarbonise. We are proud to be part of this exciting project with Grieg and Suzano, among others, as we explore ways to accelerate the decarbonisation of shipping and create meaningful change,” says G2 Ocean CEO Arthur English.

The study will analyse the technical, operational, and commercial risks and benefits of dedicating a vessel to green ammonia fuel. The trade route used for the study has been pre-determined, and the first leg is the approximately 4,700 nautical miles from Antwerp and Rotterdam in northern Europe to Houston and Mobile in the US Gulf. The second 4,810 nautical mile leg is from the US Gulf to ports in southeast Brazil. The longest leg of all — and potentially the most challenging — is the 4,915 nautical mile voyage from Brazil back to northern Europe. This leg would require storage capacity for up to 1,704 cubic meters of ammonia, based on an average speed of 15 knots.

The ambition of the group is to find a viable solution to decarbonise G2 Ocean’s current fleet, edging at least a step forward to a greener future. “Still, this project is in its early stages, and a lot of work must be done before any decisions are made,” English says.

Involved in the project is also the Brazilian pulp and paper manufacturer, Suzano, one of G2 Ocean’s customers.

“We brought in Suzano, not only because they are a key customer of G2 Ocean, but they also share our commitment to play an active role in society’s decarbonisation. We look forward to working closely with them on this important initiative,” English adds.

According to Atle Sommer, Head of Ship Management at Grieg Star, the project’s findings will be published in a report that will be publicly accessible.

Sommer was quoted by TradeWinds as saying that the company is looking to be part of a solution and is not waiting for the solution to be served.

As part of the study, the project group will look into various financial support options and the availability, supply, and costs of ammonia for use as a marine fuel. 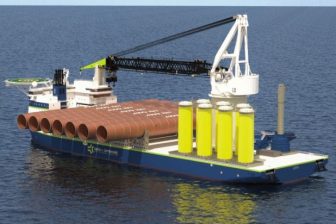 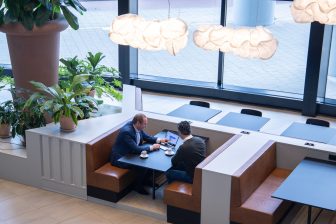 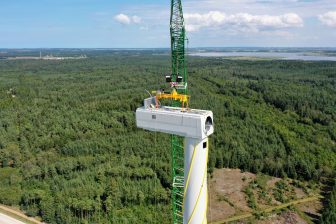