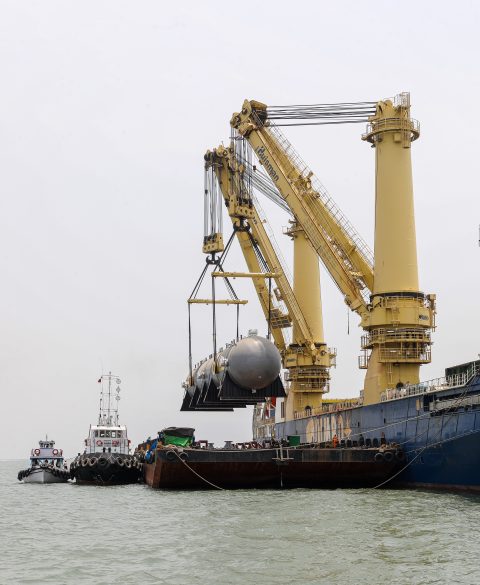 Erhardt Projects has continued its mission to “Be where the project is” with the opening of an Abu Dhabi unit that will focus on the project cargo sector in MEATI and APAC. The aim is to mentor its customers on their consolidation and growth in these regions.

Erhardt Project Cargo & Logistics Middle East will handle the project cargo in one of the regions with the largest investments in developing sectors such as Oil & Gas, Refineries, Renewables and Civil Infrastructure, and with greatest growth expectations worldwide.

Erhardt has also appointed Igor Muñiz as the CEO of Erhardt Project Cargo & Logistics Middle East. Muñiz has accepted this new challenge, which he will combine with being the Erhardt Projects General Manager, a post that he has held since he joined the company in 2019, and will strive to make it the leading company in the sector.

Muñiz considers the opening of the Abu Dhabi unit to be a highly important step in the strategy to provide a customer-oriented, tailored and integrated logistics service, as logistics chains become global.

“Mentoring our customers on their strategic projects and marketing, forging long-term relations of trust and, being present where their decision-making centres are, will allow us to continue consolidating our position as a ‘global logistics operator’,” stressed Muñiz.

In March of this year, Erhardt Projects, which was already operating on a global market, altered its corporate name to better reflect the new reality in which its subsidiary will be operating in the capital of the United Arab Emirates.

Erhardt Projects is convinced that one of its greatest strengths is the multiculturalism and diversity of its teams and partners. It has therefore brought international and local talent with a proven track record onboard for the new subsidiary. It is likewise establishing partnerships with local economic stakeholders to immerse the company in the local idiosyncrasies and which will help to fast-track its positioning in MEATI &amp; APAC.

“We will continue to drive integrated services that help to connect and streamline customers’ supply chains to continue growing. This is in keeping with the planned process to expand to new markets, as set out in our strategy,” explained Muñiz.

In the year of Erhardt’s 140th anniversary, the opening of the subsidiary is a new milestone in its long history, and a new reality that contributes to its commitment to growth by means of greater internationalisation of the company.