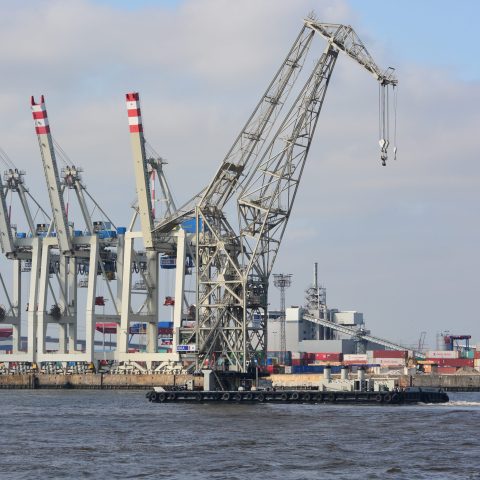 “More heavy and bulky transport must be moved from the already congested roads to the water,” stated Oliver Luksic, Parliamentary State Secretary in the Federal Ministry of Transport and Digital Infrastructure of Germany, at the presentation of the plan to set up a database to record all movements of heavy and project cargo in sea and inland ports.

This will be linked to data on how the cargo came to or left the ports, and on the duration of the transport. Luksic also pointed out the limitations for heavy cargo, due to the poor condition of many bridges in Germany.

This is particularly relevant in the state of North Rhine-Westphalia (NRW), traversed by the Ruhr. Because the Rahmedetal bridge between Dortmund and Siegen is closed due to the danger of collapse and needs to be demolished and rebuilt, the A45 motorway, the Sauerland route, will also be closed for several years. An investigation into more than 1100 bridges in NRW in the years after 2018 has shown that hundreds will have to be rebuilt and others extensively reinforced.

“Many bridges were built shortly after the war,” said Luksic, who is himself a civil engineer. They were built with inferior materials and designed for less and lighter traffic than is needed in the present day. Indeed, the load of a fully loaded lorry is now equivalent to that of 80,000 passenger cars.

The data collected in ports will be merged with data on railways and their share in heavy transport. “This should provide more clarity on alternatives to road transport”, said Luksic. He is also envisaging a network of dedicated heavy cargo transhipment points, with RoRo ramps on waterways, preferably at the edge of already built-up industrial estates and port areas.

All this should lead to a multimodal route planner for special transports that is accessible to everyone as the “Waterway and Road” web application. The app will also make suggestions on how to get the transport to the nearest suitable transhipment point and its final destination.

As with perfume… It is good that it exists, but a pity, that it is needed.
(When “eta” offered is serious and reliable, thus when service rendered by carriers, etc.. safely is high quality, then valuable time of high salary logisticians, no longer needs to be spent at apps like that… Fact that App is requested is a symtom…)