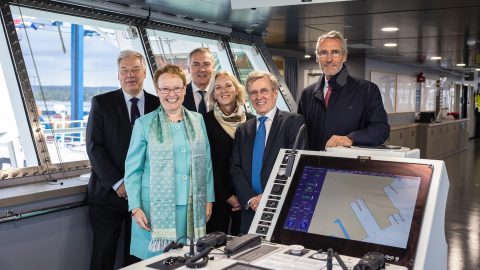 Finneco I baptised in Finland

Following the baptism of the Finneco II hybrid ro-ro vessel, Finnlines has baptised its sister ship, the Finneco I. The ceremony took place in Vuosaari Harbour on 13 September 2022.

The Finneco I was built this year. It is one of three ships of its kind, which are the most energy-efficient vessels in the Finnlines fleet, as well as the largest, with almost 40% more capacity compared with the company’s second-largest vessel type. Innovations also include battery banks, solar panels, and an optimised hull.

The Finneco I, built this year by the Chinese shipyard China Merchants Jinling Shipyard (Jiangsu), sails under the flag of Finland, and has Helsinki as its home port. With a length of 238 metres and a breadth of 35 metres, it has a gross tonnage of 65.575 tonnes.

The ship was named by the Vice President of Sea Services at Stora Enso, Mrs Berit Hägerstrand-Åvall. In keeping with tradition, she broke a bottle of champagne against the ship’s bow, wishing the vessel and its crew good fortune. 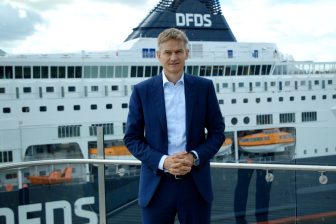 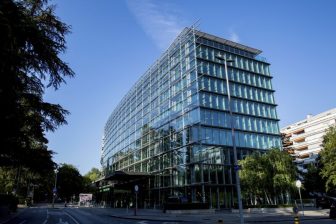 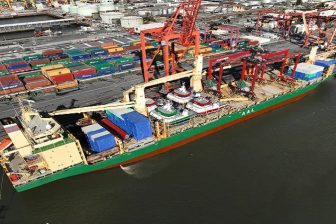