Published on 19-10-2022 at 12:08
Appointments: Bolloré, Wallenius Wilhelmsen and Wilson promote from within their own ranks

Over the past week there have been several new appointments as Bolloré Logistics, Wallenius Wilhelmsen and Wilson chose within their own ranks.

Loig Pavard boasts more than 22 years of experience in the supply chain and logistics industry. Throughout his career at Bolloré Logistics, he held several finance positions in Europe and Asia before becoming Regional Managing Director for Southern Europe and then CEO for the French Overseas regions.

Pavard will support the company’s development by leveraging new technologies to anticipate customer needs and achieve operational excellence. He also intends to focus on talent management and the promotion of sustainable solutions in line with the company’s commitment to reduce scope 3 CO2 emissions by 30 percent by 2030 (baseline 2019).

Wallenius Wilhelmsen has dipped into its own ranks to search for experienced name that will take up the role of COO Shipping. The company’s CEO Lasse Kristoffersen unveiled that Chief Customer Officer Xavier Leroi has been named the new COO of Shipping. Leroi has an extensive business background, including 25 years at Wallenius Wilhelmsen. He has held positions across the company: Shipping, Logistic and Customer Growth. He starts in his new position on November 1.

Leroi has held assignments in Asia, South Africa and Europe, in areas such as sales, business development and operations.

“I look forward to step into my new position as project coordinator at the project department in Wilson. We have many parties involved in project shipping both from chartering, operation, crew, customers, agent and suppliers. It will be exciting to go more in-depth on the project segment from small details that needs to be coordinated to anticipate incidents that may occur,” Vik explains.

Chartering Manager for the project department, Arild Stikholmen explains that Renate will play an important role for the team by combining her experience as an operator to coordinate complex project cargoes. 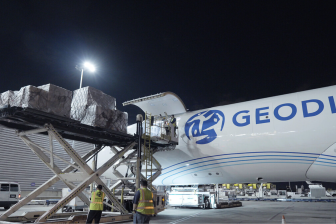 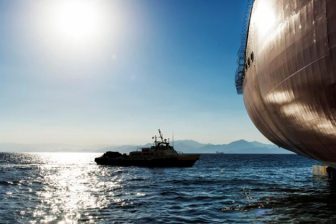