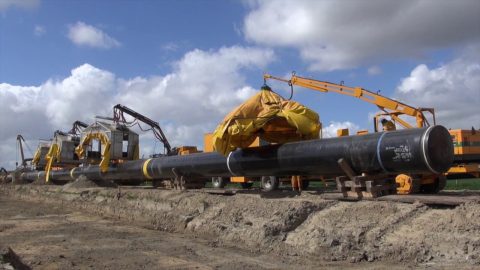 PRESS RELEASE – A.Hak International has been awarded the contract for part of the onshore pipeline of the Baltic Pipe Project in Denmark. The Project is being developed by Energinet, the Danish gas and electricity transmission operator, in collaboration with the Polish gas transmission system operator GAZ-SYSTEM.

Listed as a key project that is of common interest to Europe by the EU, the Baltic Pipe is a major infrastructure project that aims to create a new gas supply corridor in the European market. The pipeline will make it possible to flow gas directly from Norway to Denmark, Poland and other neighbouring markets.

The Baltic Pipe Project consists of several parts, with A Hak being awarded the works required for onshore pipeline part on Zealand. This encompasses 70 kilometres of gas pipeline on Zealand, Denmark. The first 60 kilometres run from Kongsmark in the North West to the compressor station near Everdrup (60 km). From there the last 10 kilometres head to the South-East coast of Zealand, South of Faxe. A.Hak will be responsible for delivering the full scope of works.