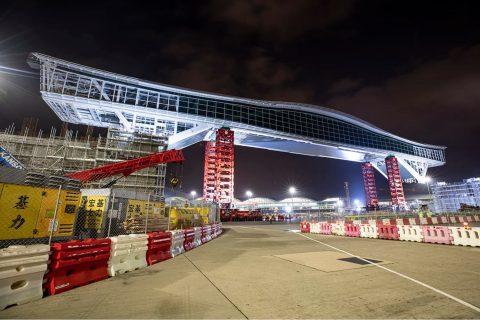 PRESS RELEASE – Mammoet has completed the move of a 200 metres long Sky Bridge at Hong Kong International Airport (HKIA). It will serve as a new panoramic point and the world’s longest airside bridge.

The pedestrian bridge connects HKIA’s Terminal 1 with the North Satellite Concourse and is high enough for the world’s largest passenger aircraft to pass underneath. It spans 200 metres and weighs a staggering 5,700 tonnes.

Mammoet had to move the sky bridge over a distance of 3.5 kilometres across the taxiway and then lift it to a height of 14.3 metres to install the airport’s new feature. To do so, the heavy-lift specialist utilized its Mega Jack 5200 system installed on Self Propelled Modular Transporter (SPMT).

Transportation to the final erection area was performed using 264 axle lines of SPMT. The bridge was temporarily set down on the airfield’s apron, with the supports taking 10% of the weight, and jacked-up to its installation height of 14.3 metres. Next, it was picked up and lifted above the final location before being lowered into position.

The job, for which Mammoet was contracted by China State Construction Engineering, took a total of seven days to complete. 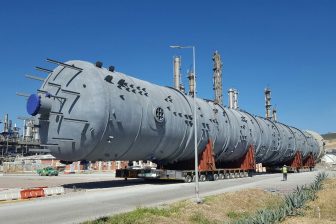