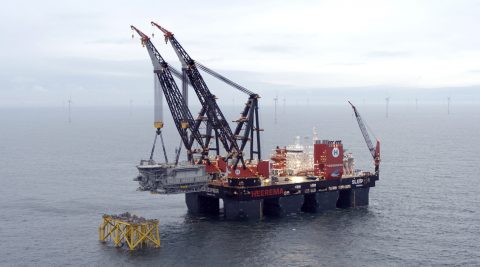 At 1.4 GW, Hornsea Two will overtake Hornsea One as the world’s biggest offshore wind farm. The project will use 165 Siemens Gamesa 8MW SG 8.0-167 DD turbines which will deliver 20 percent more annual output than those used for Hornsea One. Ørsted aims to have the Hornsea Two project up and running in 2022.