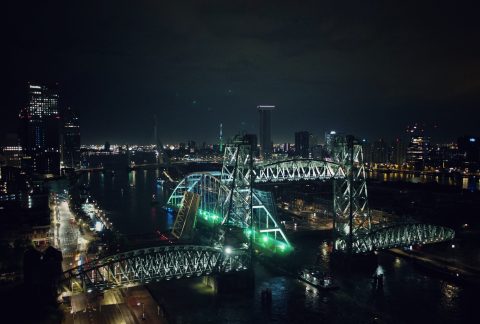 When Jeff Bezos, the owner of Amazon and one of the world’s richest men ordered a yacht at the Dutch specialist Oceanco, he did not envision a historic monument to be in the way of the vessel’s delivery. Over the last couple of days, media is awash of reports that the 95-year old Koningshaven Bridge, known as De Hef will have to be dismantled, probably by Bonn & Mees to make way for the yacht.

The vessel, known as Y721 is a three-masted sailing yacht 127-meter-long with a price tag of $500 million. The bridge’s middle section does not provide enough clearance for the yacht’s 40-metre tall masts to fit through, hence the need to remove the section and open the vessel’s only exit to the North Sea.

While a number of local media outlets reported that a decision has already been made to dismantle the bridge, Rotterdam’s mayor, Ahmed Aboutaleb was reported by Dutch newspaper Algemeen Dagblad as saying that not only has the decision not been made, but an official request for the undertaking has not yet been filed. The decision will be made only when the application for a permit is requested, but the city will take into consideration the whether the bridge can be dismantled without any damage and whether the shipyard or Jeff Bezos would foot the bill.

What would it take to dismantle De Hef

Regional broadcaster Rijnmond reports that the company that could complete the job is the Rotterdam-based sheerlegs operator Bonn & Mees, Speaking to Rijnmond, the company’s owner Peter Leenheer said that the dismantling could essentially be completed within a day, more time would be needed to plan the operation.

“Most of the work is in the preparation. For example, the bridge has heavy concrete ballast blocks that act as a counterweight to the middle section. They have to be fixed in a certain way. That, and other preparations for the bridge, will take a few weeks, and will be done by another company: Hollandia,” Leenheer told Rijnmond.

Bonn & Mees sheerlegs Matador 3 is capable of lifting up to 1,800 tons and would be able to perform the operation on its own. Leenheer noted that the company has not yet received an order but only an inquiry about the dismantling of the bridge. It is also unclear whether De Hef would have to be dismantle only for the Jeff Bezos yacht or whether this would have to be repeated several times.

The public is not happy

De Hef is an old railway bridge that is no longer in use. When the authorities tried to dismantle it in the 1990s, they were faced with protests. A similar sentiment can be heard now with The New York Times quoting the author Siebe Thissen as saying that people are not happy with the development.

“People say, ‘Why this guy?’ It’s a working-class town, and they all know that Jeff Bezos, of course, he exploits his workers, so people say, ‘Why should this guy be able to demolish the bridge for his boat?” he is quoted as saying.

Pablo Strörmann, organiser of an event named “Throwing eggs at superyacht Jeff Bezos” added that Rotterdammers are proud of their city and are against the dismantling of a monument simply because someone is super rich. 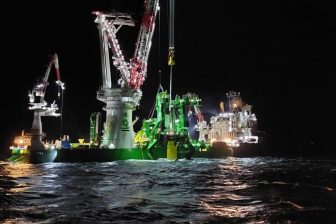 A shameless, discraceful, disgusting waste of money, dignity, lacking any feeling of humanity!