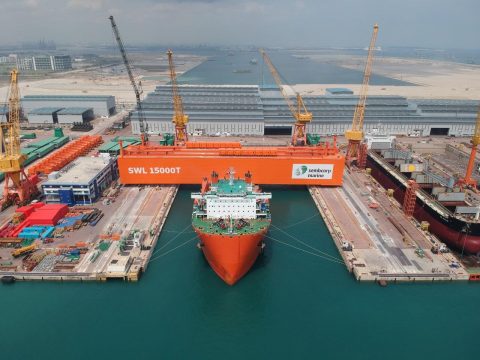 182 meter long, 21 meter wide, 30 meter high and a total weight of 15,000 tons. These are the impressive facts around an amazing girder move earlier this month in Singapore. Company Sangsangin Ship Machinery Co., Ltd used 318 axle lines of Cometto MSPE EVO2 for the transportation. It’s the world’s largest project ever been done on self-propelled modular trailers by Cometto.

The crane girders were loaded in South Korea on a barge by means of the Cometto MSPE EVO2 modular transporters with a payload capacity of 60t per axle line. After this operation, they were shipped to Singapore.

When the two crane girders with the impressive dimensions came alongside the jetty, they had to be turned by 90 degrees on the barge to facilitate installation of the crane at the shipyard. A huge cube of orange painted steel reached out of the port area in TongYeong, South Korea. The crane manufacturer Sangsangin Industry, formerly known as DMC, in South Korea built this huge construction.

It was ordered by Jurong Shipyard Singapore to manufacture drill ships for one of the largest oil companies. The gigantic project of transporting and rotating girders of the goliath crane was carried out in March and April 2019. 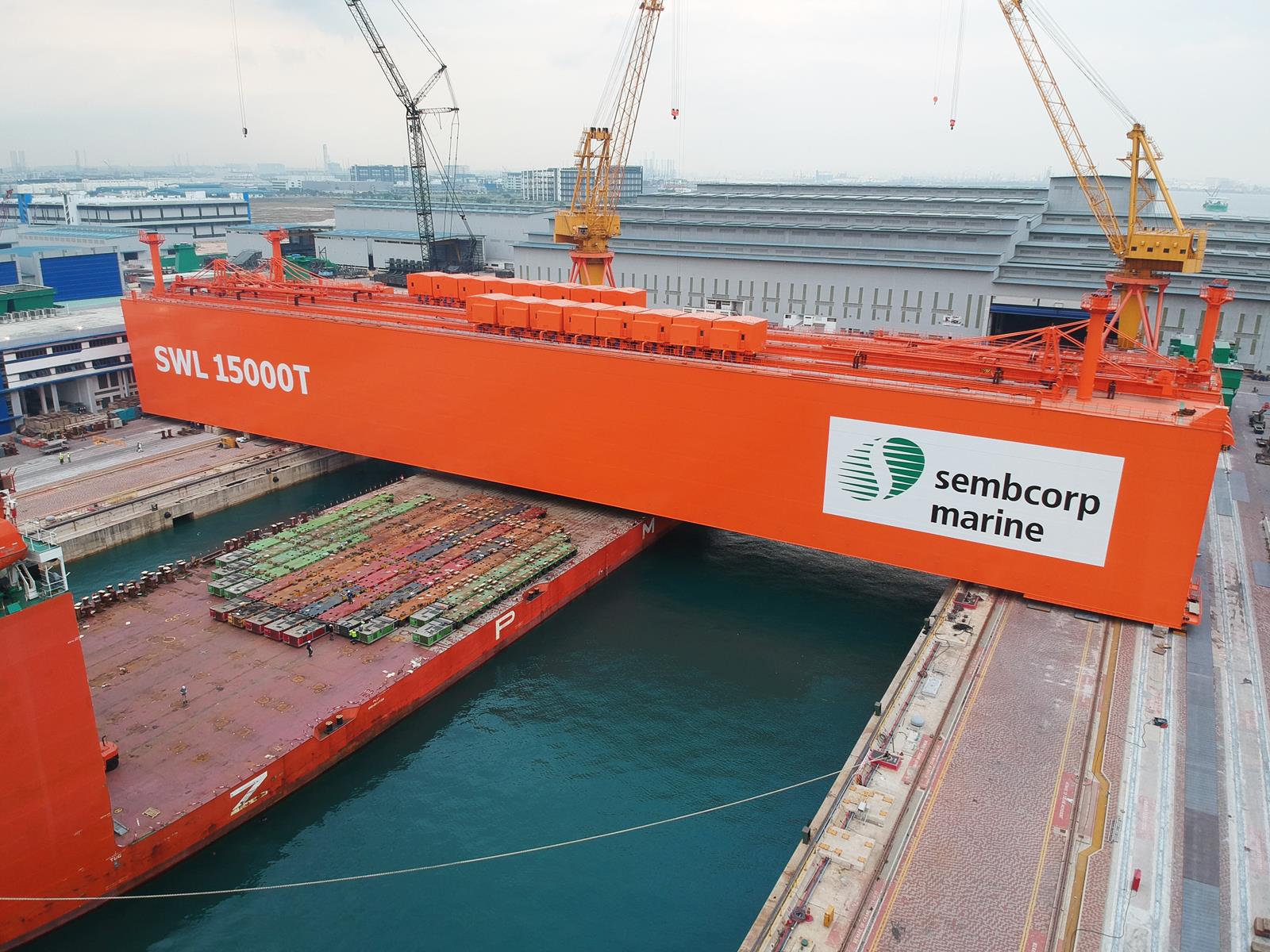 According to Cometto it was a very demanding job that required precise engineering and thorough preparation. 53 units of 6-axle MSPE EVO2 formed a total of 318 axle lines. They were propelled by 13 Power Pack units to turn the ginormous crane girders.

The goliath crane with the girders is expected to be completed in August 2019 and the Cometto MSPE EVO2 modular transporters will play a vital role in setting up the crane at the shipyard until then.

On a global scale, heavy industries including shipbuilding build more and more very big and specialized cargoes and vessels. Cometto put a great effort into the development of the MSPE EVO series to meet this specific market demand. The last years, a large number of these self-propelled trailers have also been supplied to the Korean market.