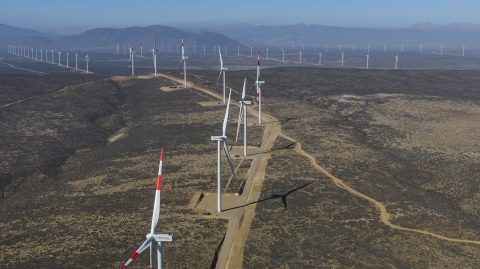 PRESS RELEASE – Siemens Gamesa has received two new orders totalling 170 MW for the Cabo Leones I and III projects in Chile. Both wind farms will become operational in 2021.

The first contract concerns an extension of the Cabo Leones 1 project where Siemens Gamesa will add 60 MW to the wind farm’s current capacity of 15 MW. The contract was awarded by a joint venture of the French utility EDF Renewables and Spanish operator Grupo Ibereólica Renovables.

Under the terms of the agreement, Siemens Gamesa will supply, transport and install 12 of its SG 5.0-145 MW turbines for the Cabo Leones 1 extension, which is located on the coast in the Atacama region of Northern Chile.

Siemens Gamesa will supply the turbines between November 2020 and January 2021. They are slated for commissioning by July 2021. The current Cabo Leones I extension also includes and operation & maintenance agreement for the next 12 years.

The second contract was awarded by Ibereólica Renovables independently and comprises of the delivery of 22 % MW wind turbines for the Cabo Leones III wind farm. With this order, Siemens Gamesa becomes the supplier of choice for the entire Cabo Leones cluster, which totals 598.8 MW and is located in the Atacama Desert.

The Cabo Leones III farm is scheduled to start operations in June 2021, and Siemens Gamesa will complete the delivery of its turbines by December 2020.

Chile wants to generate 70% of the country’s energy from renewable sources by 2050. For Siemens Gamesa, this target has led to a significant increase in orders from the South American country. From 2014, when the manufacturer installed its first wind turbine in the country, the company’s installed capacity has grown to 480 MW. That number is set to grow rapidly as Siemens Gamesa has secured new orders worth 700 MW in just the last 12 months.