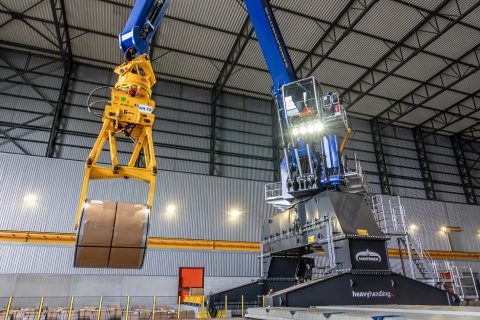 Mantsinen Group and Heavy Handling started their co-operation in 2012, with Heavy Handling acting as a distributor for Belgium and the Netherlands. Since then, the number of Mantsinen machines in these countries has grown to become the largest fleet in any other market outside of Mantsinen’s home markets Finland and Russia.

“Heavy Handling has been a showcase dealer with great results in both Belgium and the Netherlands. They have extensive knowledge and a straightforward vision with a strong will to grow in the material handling segment. We are happy to have such a partner now covering France for us as well”, says Mantsinen’s sales director Patrik Starck.

“We’ve had great results with Mantsinen, first in Belgium, then also in the Netherlands and we are very happy with the opportunity to expand to France. We’ve worked in the north-east of France for many years for other types of equipment, so we know the market. Our first priority now is to set up or expand our local presence in France”, adds Heavy Handling COO Christophe Crombez.