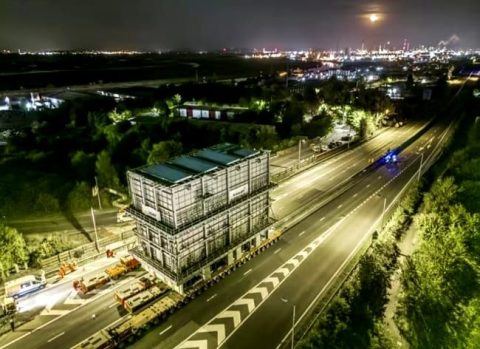 The United Kingdom’s first hydrogen-powered furnace is continuing on its long journey, from Thailand to Stanlow Refinery. The furnace is being transported on behalf of Essar Oil UK, by the Dutch giant, Mammoet, who has recently completed another stage of the transport.

So far, Mammoet has transported the furnace and associated components over 6000 miles, or approximately 9656 kilometres. This project has so far necessitated SPMTs, heavy cranes, ships, and barges.

This most recent transportation stage involved the closing of a section of the 30,4 kilometres M53 motorway, also referred to as the Mid Wirral Motorway, which connects the Kingsway Tunnel, at Wallasey in the north, to the A55 at Chester.

Mammoet, Essar Oil UK, and the Texas-based construction company, Fluor Corporation, have collaborated alongside other key partners, to safely complete this section of the transportation project. It is part of Essar oil UK’s ambitions at Stanlow to be the UK’s first low-carbon refinery and be a net zero Port operator by 2040.

Interested in learning more about the energy transition and its impact on the project cargo industry? Sign up to the Project Cargo Summit here. 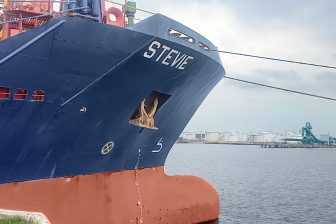 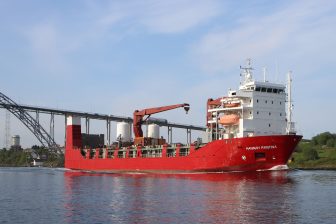 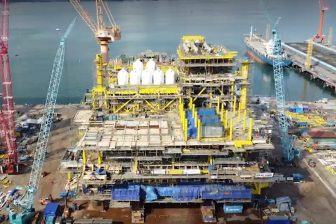