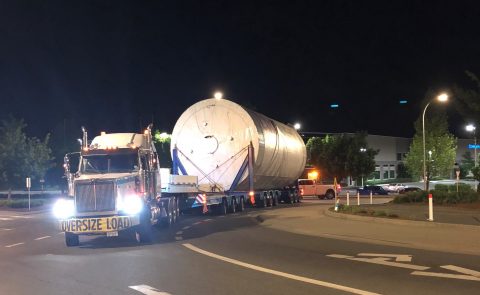 The Canadian province of British Columbia has created a Project Cargo Corridor in order to attract more specialized cargo and save the trucking industry time by simplifying permit procedures. If the new process proves successful, it may be expanded to other Canadian highway corridors in the future.

Commercial vehicles with 8 to 13-axle superloads, a combined gross vehicle weight up to 125 tonnes and maximum measurements of 50 metres in length, 5 metres in width and 4.88 metres in height, will be able to use pre-approved permits which can be issued within two business days.

In comparison with the extraordinary-load approval process these trucks formerly had to go through, the new procedure provides significant time savings as the previous process could take up to 12 business days.

Trucks that exceed the pre-approved dimensions will still need to go through the lengthier approval process to ensure the vehicle’s weight and dimensions will not damage infrastructure along the trip route.

The creation of the Project Cargo Corridor was realized through a collaboration of BC’s Ministry of Transportation and Infrastructure, several Lower Mainland municipalities and the commercial transport industry, represented by the BC Trucking Association and the Vancouver Fraser Port Authority.

The new permit process will be evaluated throughout the first year of operation. If the process proves successful it could potentially be expanded to other highway corridors in the future, the ministry states.

The Canadian project could become an interesting case study for Europe, where the permit procedures are ridiculously long and complicated according to industry association ESTA. Permit issuing times in the European Union vary from 48 hours to 8 weeks.

In an interview with PCJ in September last year, ESTA director Ton Klijn pleaded for the development of European heavy transport corridors much like the one in British Columbia. “Such corridors will contribute to a safer and more efficient industry”, Klijn said.

Although cooperation between the EU member states is almost non-existent when it comes to exceptional transports, Klijn sees possibilities for such a corridor in the future. “The European Commission is looking into the development of military corridors to be able to swiftly move equipment like tanks. It would be great if we can use that same corridor for abnormal transports too”, he said. 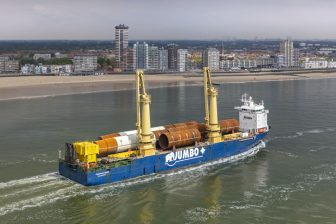 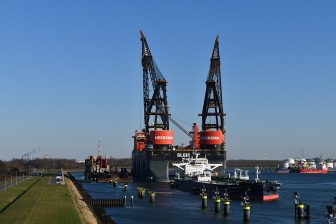