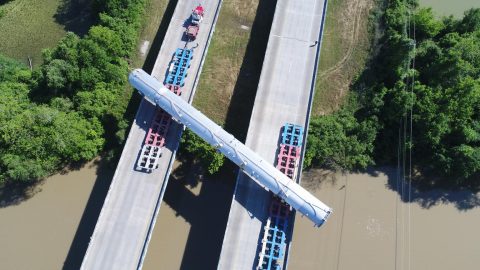 PRESS RELEASE – Barnhart has moved a 60-metre long column weighing 362 tonnes from Freeport to a fracking unit at a refinery in Texas. The column was so large that the company had to use both sides of the Highway 35 bridge over the San Bernard River to complete the last leg of the journey.

The column was manufactured at a shop connected to the Houston ship channel where it was loaded onto a barge. It was barged to Freeport, Texas and offloaded to two 12-axle EastTrac trailers. The total length of the convoy including the trucks was just under 100 metres long. The column was then hauled 50 miles to the plant site.

“But the last leg of the trip was almost a bridge too far”, the company states. At 362 tonnes, the cargo was too heavy to cross the Highway 35 bridge over the San Bernard River. The Texas Department of Transportation required that Barnhart used both sides of the bridge.

“After we measured and checked that it would fit on both bridges, the engineers were able to pass us on the permit,” says JC Lake, operations manager of the Houston branch.

Barnhart used a paved crossover to get the load separated. Ten road signs had to be removed around the bridge and both ends of the column vessel were on 300-ton turntables to help manoeuvre the cargo.

There was enough length between the bolsters to successfully get the two trailers on each bridge span. While the bridge was closed to north and southbound traffic, the load made its way across the bridge at 5 mph. It cleared the guardrails by just over a 1 metre. The team used a paved crossover on the other side to get the convoy back together.

Once at the site, the team offloaded the vessel to jack stands and placed it on 12-line PST’s for transport into the plant. 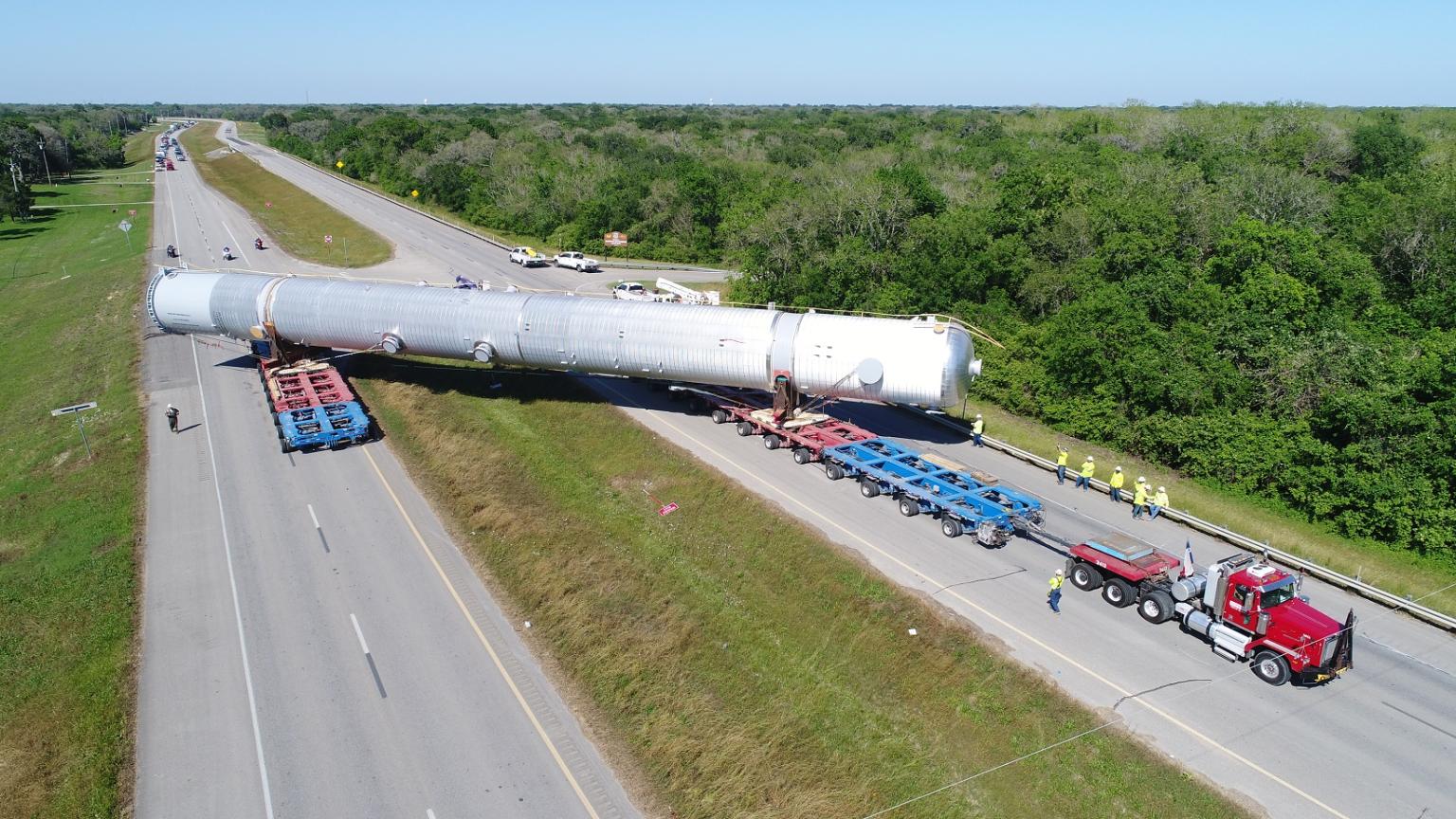 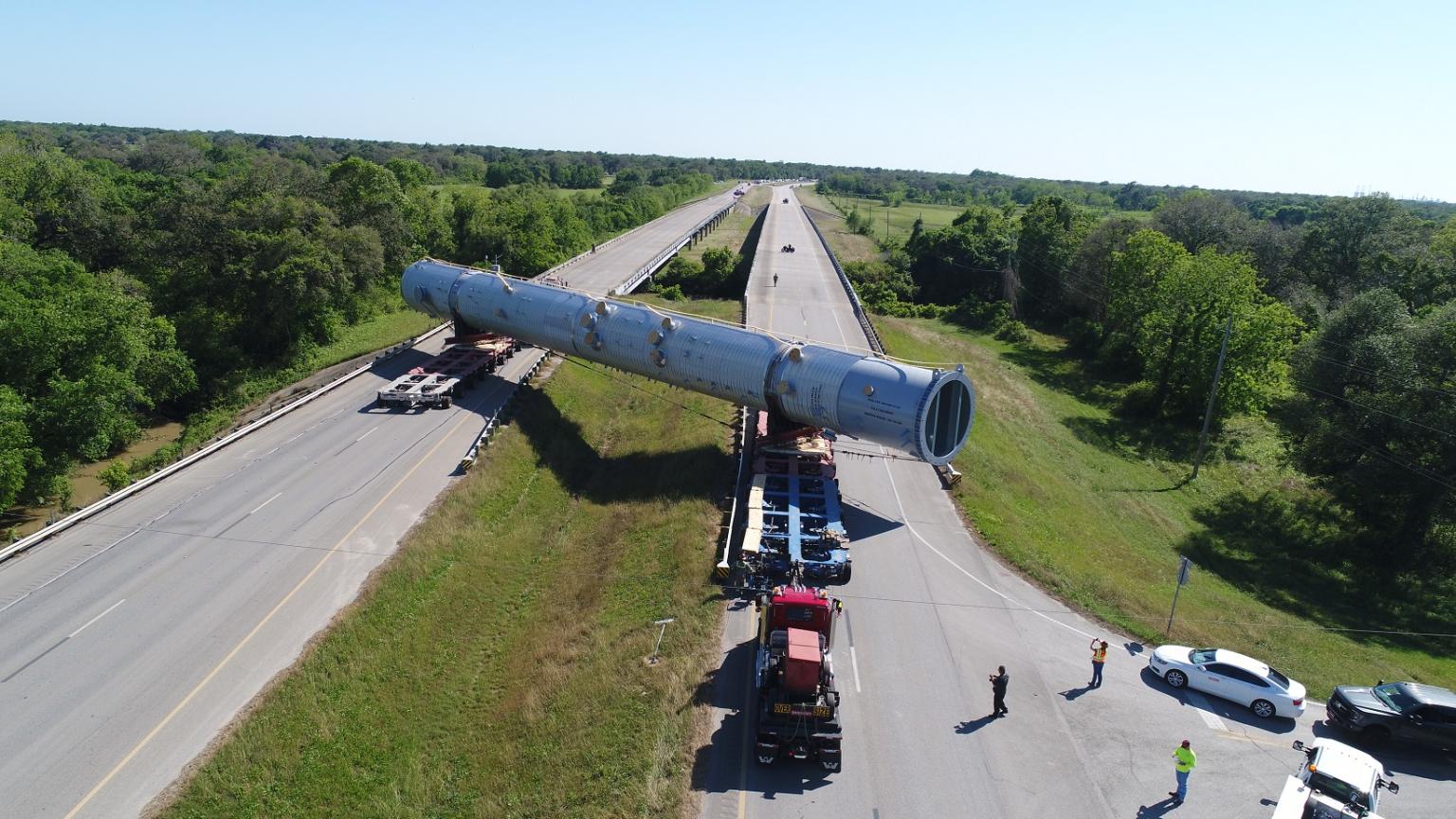 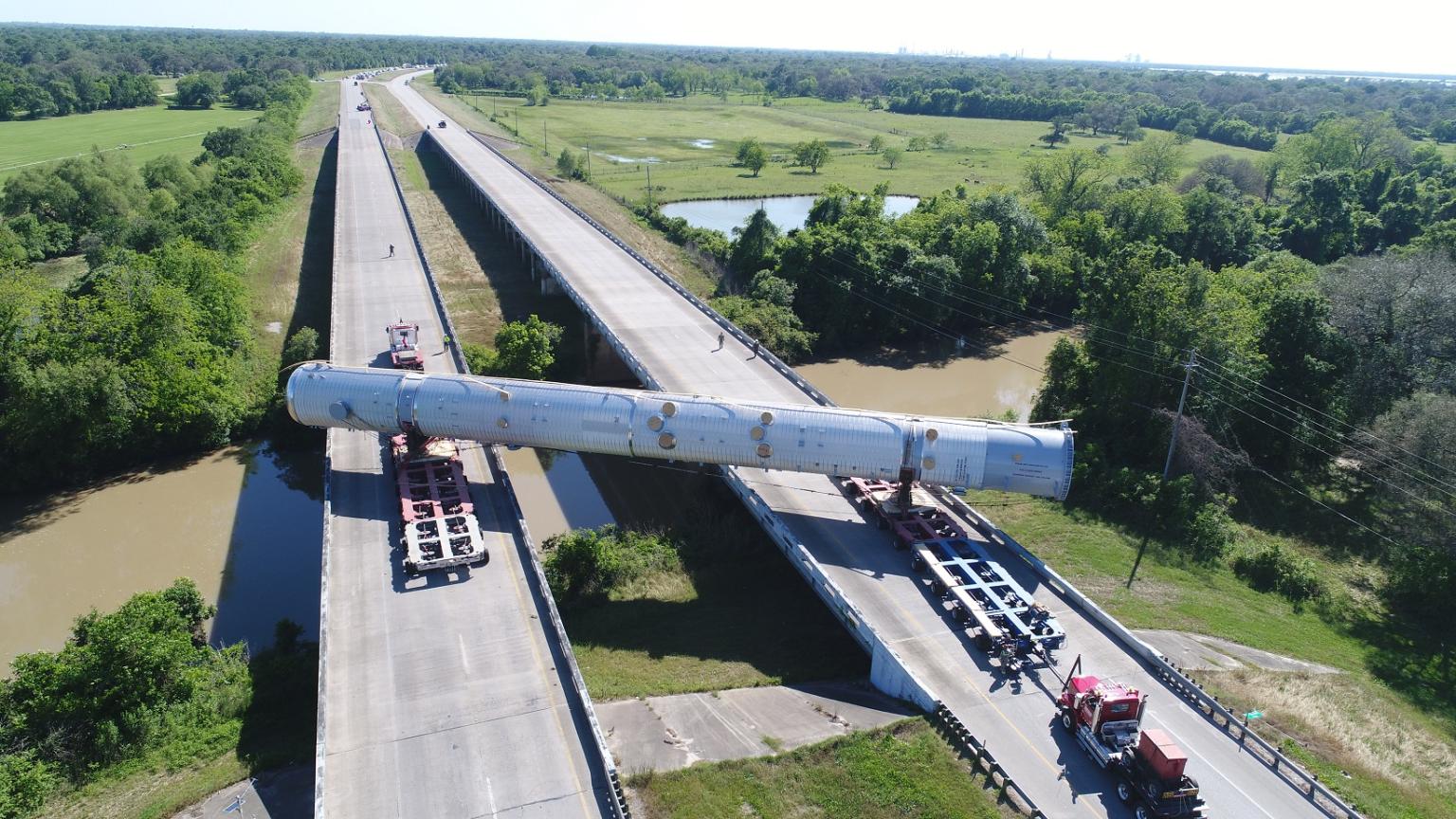 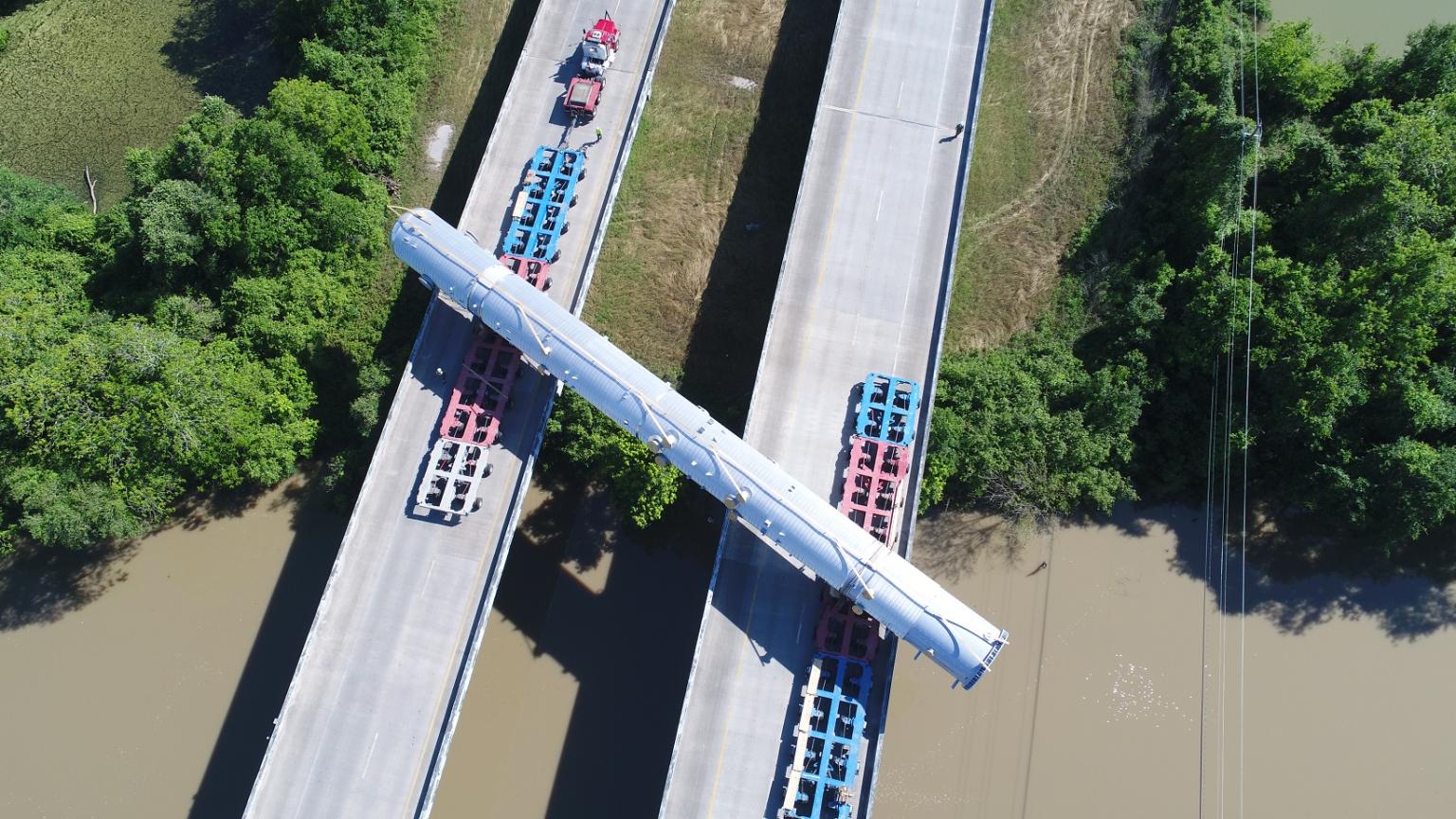 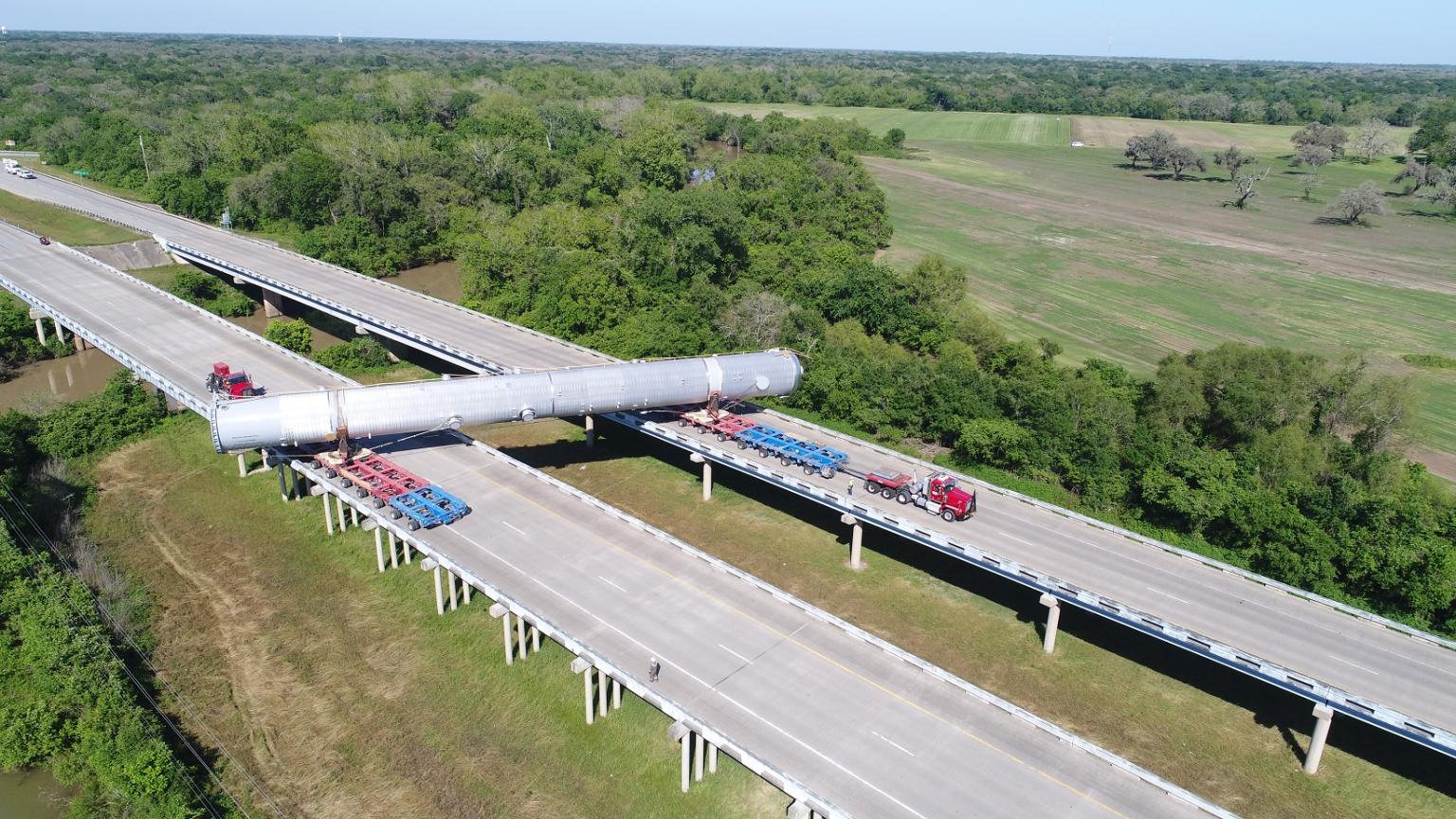