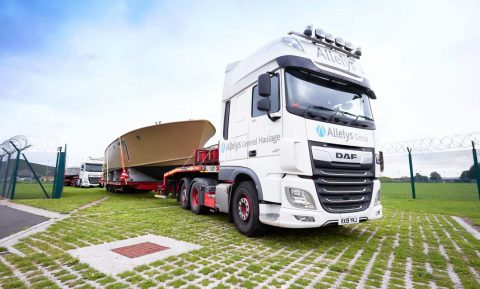 UK’s transport and heavy lift specialist Allelys was contracted to transport two historic boats from the Royal Navy Fleet Air Arm Museum in Yeovilton to the Explosion Museum of Naval Firepower in Gosport.

MTB 71 is a Motor Torpedo Boat weighing 15 tonnes, and is said to be the last wartime motor torpedo boat of its kind in existence.

Measuring 18.1 metres in length, 4.6 metres in width and standing 3.9 metres high, it’s the largest of the two and required to be transported under Police escort, Allelys informed in a statement.

CMB 331 measures 17 metres in length with a width of 3.5 metres and a height of 3.3 metres. The vessel weighs 15 tonnes and is the last surviving Thornycroft 55 foot Coastal Motor Boat.

The boats were being stored on frames, so Allelys, member of the Heavy Lift Group used these frames to jack up the vessels using climbing jacks. They were then transported using 4 axle Goldhofer extendable trailers. Once on site, the boats were jacked up off the trailers, lowered onto skates, where they were then skated into the building to their final positions.

In addition, Allelys also transported ancillary equipment for the vessels. The equipment, which included the bridges that were removed to reduce the height during transport, were lifted by a 15 tonne capacity Franna crane onto the curtainsider for transport.

“Allelys are involved with projects across a wide range of sectors, but it is always great to be involved in a project like this where the loads being transported have so much history,” explains Zac Smout, project manager at Allelys.

“Delivering them to the Explosion Museum of Naval Firepower means that they can now be on display for the public to enjoy too,” he said. 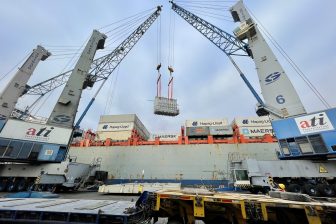 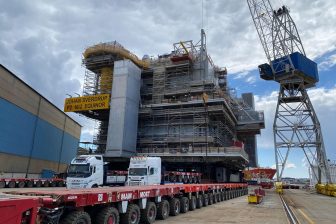 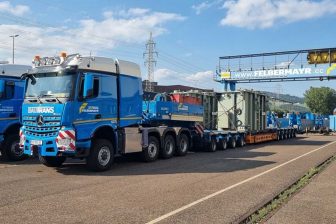