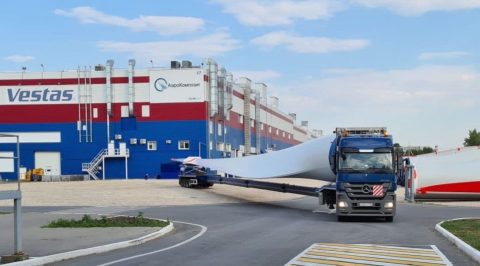 The OOG cargo delivery included 21 wind blades, 21 nacelles, 21 drive trains, 21 hubs and three tower sections of 21 units each. Preparations for the project began almost a year before its implementation, in November 2020. The project itself lasted from June 21 to August 6, 2021.

While the blades were delivered from the Vestas manufacturing plant in Ulyanovsk, the nacelles came from the port of Saratov, where they were unloaded from the barge, placed in a temporary storage warehouse and then transported to the Kotovskaya wind farm.