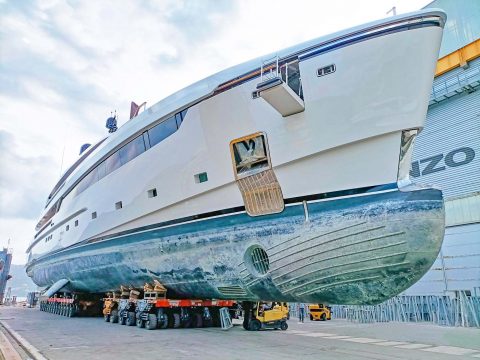 The assembly structure of the self-propelled SPMT fleet was quite unusual this time Cometto said. In the rear of the ship, two lines with 14 MSPE axles each have been assembled in a side-by-side configuration. But for the front part of the freight, three 4-axle units are put together in 90° position to build a larger platform which allows a better stability.

In addition, five Powerpack units were used for the necessary power to propel the convoy. In this way, the yacht was transported from the floating dock to the repairing building site.