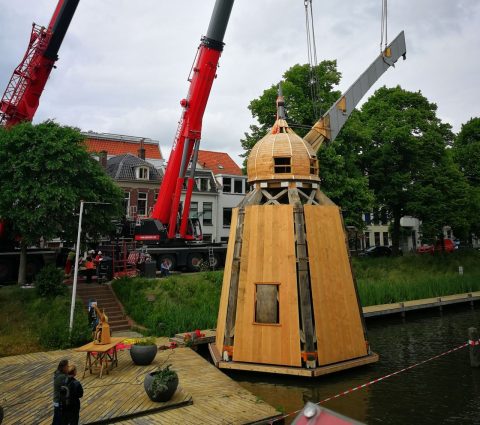 Mammoet moves historic city crane to its spot in Utrecht

Heavy lift specialist Mammoet has recently been hired to bring.a piece of Dutch history to its final position, at the foot of the Monica Bridge in Utrecht. The company supported with transporting and lifting the reconstructed crane from the Middle Ages.

Merchants from the north and south transported their goods over the water along the Vaartse Rijn and the Vecht through the Oudegracht to the city crane, that then lifted the goods onto the streets for onwards transport.

Mammoet noted that the crane travelled via land and water, across the city of Utrecht, with help of multiple cranes, a barge and low bed trailers. In the city centre, Mammoet installed the new crane at its final position. Now it is ready to shine as a tourist attraction and it is fully functional to use.