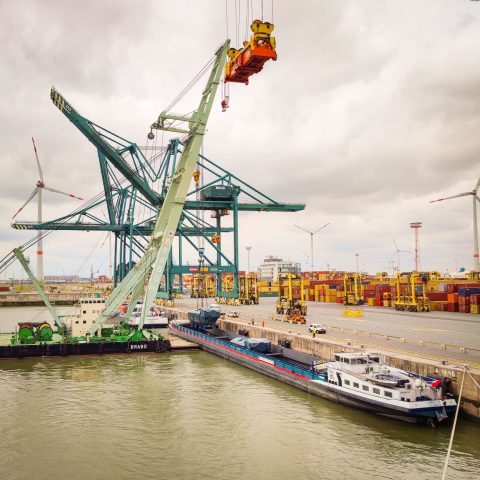 The engines weigh 275 tonnes each and measure 12.40 metres in length, 4.90 metres in width, and 5.70 metres in height. The Brabo is a floating derrick crane that can lift up to 800 tonnes. The operation was carried out on behalf of the Swiss Fracht Group.

Both engines were unloaded from the 105-metre-long self-propelled Libelle barge, before being loaded aboard a Maersk container ship, the Edith, which measures 399 metres in length 56 metres in width, and has a gross tonnage of 171542 tonnes.

The Edith set sail from Antwerp and has now arrived in the French port of Le Havre. 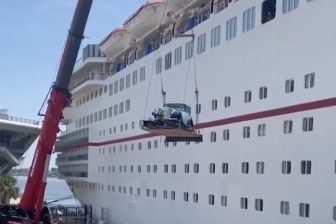