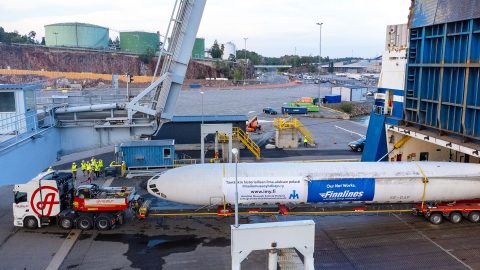 A Caravelle III aircraft arrived in Naantali, southwestern Finland, as a unique cargo shipment. The aircraft had been waiting at the Stockholm Arlanda airport for scrapping. It will now be renovated and exposed at Turku airport, the oldest civilian airport in Finland.

On 19 August 2022, a Caravelle III SE-DAF, a French-made, narrow-bodied airliner, retired in 2005, was transported from Sweden to Finland. Volunteers of the Finnish Aviation Society Museum prepared the ”Sven Viking” plane for transport, first by dismantling certain parts of the aircraft, including the wings and tailplane.

Parts were then loaded onto four Ahola Special trucks, as well as two ordinary trucks. They were then driven from Arlanda to Kapellskär Harbour where the trucks boarded the Finnlines ferry, Europalink.

The aircraft was transported from Naantali to Pansio for restoration. Indeed, the Caravelle will be restored to the visual appearance it would have had in 1963, and painted with Finnair logo and signature colours. Following this restoration, which is likely to take 3 to 5 years, the aircraft will be displayed at Turku airport. 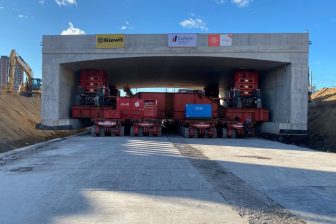 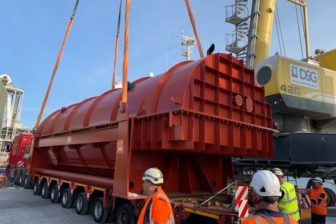