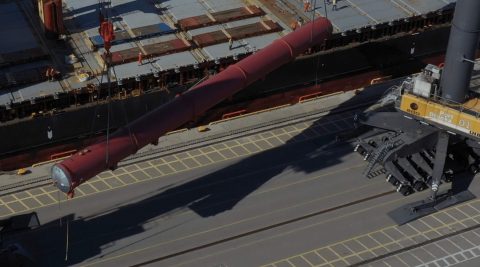 The company’s offices in Germany, Latvia, Russia, Kazakhstan and Uzbekistan joined forces to develop a tailor made logistics solution for the transportation of the two out-of-gauge units. Each unit has an overall length of 45 metres and a weight of 87 tons with a 3.6-metre diameter. The two units will be deployed by an undisclosed client in the Uzbekistan’s industrial sector.

Additionally, the company faced issues when it came to transporting and organising heavy lift operations that were required during the transshipment of cargo. Eleven Danir 19 noted a total of five cargo transshipments have been completed throughout the project.

Eleven Danir 19 is a joint venture created by Eleven and Danir19, a long-standing partners in the project cargo and general logistics sectors. The two companies have expanded their services on CIS, Russia and Central Asia routes.