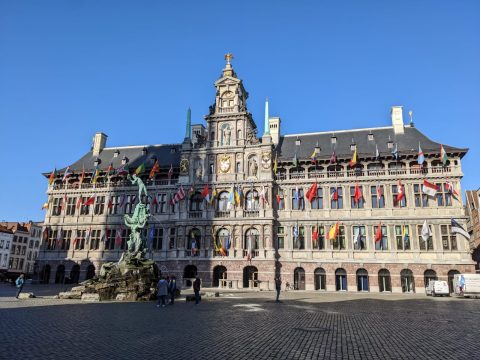 In addition to being crucial modes of freight transportation, connecting ports and the hinterlands, rail and barge have the lowest greenhouse gas emissions per kilometre and unit transported. Strengthening these industries will therefore be crucial for reaching the European Union’s (EU) 2050 emission targets.

Katarina Stancova, the senior advisor on intermodal transport for the Port of Antwerp-Bruges, stated: “Inland navigation, is the largest alternative transport mode for the Port of Antwerp. Today, almost 40% of the total cargo is transported by barge. We want to increase this share further.” Indeed, as stated by Louis-Robert Cool, CEO of the Antwerp-based company Seafar: “If we look at the ambitions of Europe’s Green Deal, by 2030, 25% more waterborne transport must be established. By 2050, 50% more waterborne transport must be established.”

Similarly, many ports want to increase rail connections, and investment in rail infrastructure is increasing drastically across Europe. Yet despite this goodwill, both modes are currently facing a broad range of challenges. As put by Peter Larose, head of projects for the ContiLines Group “Ports are congested, terminals are full, wagons are blocked, vessels are idle… There are a lot of challenges for us.” On the first day of AntwerpXL 2022, a panel of experts gathered to discuss these challenges.

Lack of water… and know-how.

A first issue, unique to barges, is that of low water levels in Europe’s inland waterways, as witnessed over the summer. Henk Kroos, NPRC commercial development manager for France and Belgium explains: “Low water is a real problem but it’s not a new problem. With low water, cargo volumes that can normally be handled in a few weeks now take months. In the last 30 years, we lost 20% of the European barge fleet. Today, we have fewer barges, but barges hold 35% more cargo on average. We have larger holds, with fewer vessels. But when you’ve got bigger ships, there is more draft. So, when water levels drop it is a bigger problem. These are things we need to consider when adapting the fleet to a new future.”

The second aspect of this issue is the loss of knowledge, surrounding the Rhine and other such inland waterways. Cool comments: “Fewer and fewer captains know the Rhine in its hardest conditions, leading to a higher potential for accidents.” As such, low water levels lead to a need for more barges to move the same amount of cargo, in order to reduce vessel draft. This worsens the issue of the lack of captains and crews with the necessary know-how. Cool explains: “Our solution is that, via a control centre, we manage, and operate vessels that have reduced crew on board. Technology could offer a solution there, by pinpointing the navigation route thus helping the crew navigate the correct trajectory.”

The rail industry also has issues unique to its modality. The war stemming from Russia’s illegal invasion of Ukraine in February of this year has had major ripple effects. These include direct effects such as sanctions and the closing of certain rail corridors, but also indirect issues such as priority corridors for aid and essential goods. Larose explains: “We see with coal and grain corridors that priority is given to some commodities which are considered vital. Steel and other commodities are not considered a priority.”

Edwin Moehlig, owner of Rail & Sea comments: “Unfortunately, one type of rail car has been completely taken over for aid to Ukraine and military transport. It has disappeared. That means if you want to transport long steel or pipes, or project cargo, you do not find the capacity anymore. There is also a problem with the lack of drivers. You do not find personnel anymore. This is also linked to Ukraine, as a lot of drivers, personnel, and ground staff are fighting in Ukraine.”

Lack of workforce, stemming from the COVID-19 pandemic and the Ukrainian war affects the transportation and logistics industry as a whole. Paired with increased cargo volumes, this has led to widespread port congestion globally. “The vessels are getting bigger and bigger and it gives a lot of pressure on the barges, and also all the railroad transports,” adds Stancova.

Moehlig explains that “Cargo is coming in, in large volumes. They then have to be transported in large volumes, and current systems are not built for that. There are limitations in terms of the capacity of trucks, but also rail. Due to many peaks, it is very, very difficult to cope.” Larose testifies: “At ContiLines our vessels face delays of up to 20 days in certain ports.” Ports are not only likely to remain congested, but face increasing issues when it comes to distributing available space. As such, “More and more warehousing will become important,” he concludes.

Seafar is aiming to use technology to address this issue. Cool explains: “We try to solve the pain of a vessel owner, who has to wait with his barge, due to the congestion in the port, with delays of 24 to 36 hours. For example, we operate barges between Leuven and Antwerp. There is no captain anymore onboard, only a helmsman and a deckhand. The captain on board goes into idle time, but still, it’s a fixed cost for the vessel owner that it’s something we try to solve with our technology. The captain in the control centre can in the meantime pilot or guide other barges from the control centre. These are some short-term solutions found in technology.”

The ongoing energy crisis adds further pressure on the industry as a whole. Moehlig highlights the need for regulation: “Rail has been rather slow in implementing the increased cost of energy. Since May, and again in September, we’ve seen a series of increases in energy costs. It has been partly regulated by countries like Germany and Spain. (…) It is good that discussions within the EU are happening. I think we need regulation. We need maximum levels of fuel costs, gas prices, electricity prices, for the whole sector.”

Cool comments: “What we see from our company’s standpoint is that a lot of owners of vessels are now asking questions on fuel optimization by using software, optimising ETA very specifically, and reducing idle time to reduce fuel costs on board of the vessel. It’s a short-term solution. The transition in the long term will demand totally other technologies to get it done.” Larose concurs: “We have to think about energy transition first, and not only the cost. What will the future be? For each sector, it can be different. Will it be hydrogen? Will there be electric propulsion? We should be thinking long-term about transition costs.”

This panel discussion, therefore, highlighted the key issues facing the rail and barge modalities and touched upon some potential remedies, namely technology and regulation. It remains to be seen, however, how European geopolitics and energy issues, as well as international trade volumes, will continue to evolve. 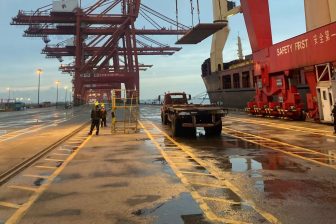 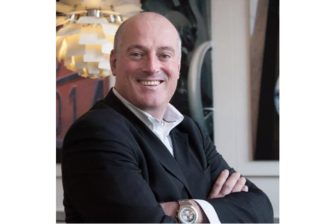 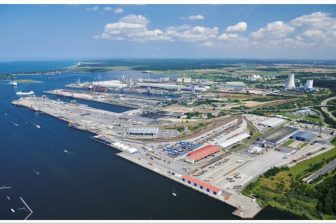 A pity, it is, that railways is stuck in standards, optimal, when steam was shifted out.
(All other modes upgrade, for higher load capacity – for lower costs.)
Electrification, yes, but an optimal, etc.! (Root of disturbings at railways, now has to be attended. A New Old Railway is needed!)
(Now, majority of ware owners, clients, have got no alternative to on road transports…)