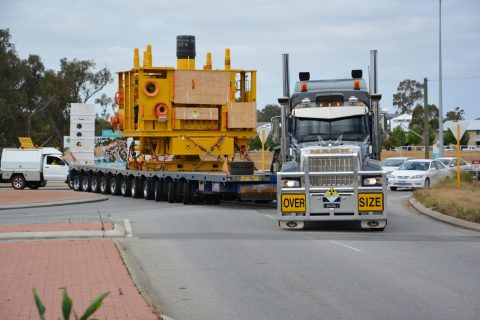 After a difficult few years, the oil and gas industry is picking up the pace of its recovery. The exploration sector is back in the black and set to improve further in 2019, reports analyst WoodMackenzie.

‘We are seeing a long-overdue recovery in the sector. Last year conventional exploration returns hit 13% – the highest calculated in more than a decade. As 2018’s discoveries are appraised and projects move through the development cycle, we expect these economics to improve further’, says Andrew Latham, VP Global Exploration at WoodMackenzie.

Driven by the explorers’ disciplined approach the analyst firm expects the success to continue into this year.

In 2018, exploration added at least 10.5 billion barrels of oil equivalent (boe) in conventional new field volumes. This was split 40:60 oil to gas. ‘These volumes are currently the lowest for several decades, but we expect they will increase’, Latham says.

The Americas in particular will receive a lot of attention this year. According to WoodMackenzie, Latin American plays account for one third of global large and giant prospects scheduled for drilling in 2019. This region will also see one-third of the potential play-opening wells. Another region that will see a resurgence in offshore exploration are southern and western Africa.

‘Many of this year’s planned wells have the potential to open new plays or add large volumes’, Latham says. ‘Worldwide, we expect 2019 discoveries to add around 15 billion-20 billion boe of new resource.’

Despite the uptick, exploration will remain an exclusive club, expects WoodMackenzie. If there’s one thing the uptick in exploration economics over the last two years shows, it’s how the sector has slimmed down. Fewer companies are drilling fewer wells, and many companies, regardless of size, have cut their exploration spend.

“Even as average exploration returns rise to double digits, newcomers will be few and far between. If anything, the current corporate landscape will continue to narrow,” Dr Latham said.

But those companies that are sticking with exploration have renewed confidence. ‘A stronger oil price, lower cost base, refocused portfolios and greater drilling success in 2017 and 2018, and a healthy inventory of new quality acreage have cheered up the industry. It is using more efficient rigs at lower rates, and avoiding technical complexity. These changes will help the industry stay on track and continue to be profitable’, Latham says.

The renewed optimism in the exploration sector may be good news for the project cargo industry. WoodMackenzie notes that demand for subsea equipment is picking up and that is considered to be one of the best indicators of offshore market activity. Volumes are recovering and WoodMackenzie expects an approximate 40% increase for 2018, in comparison to the previous year. ‘It’s likely that a steady demand outlook will be sustained for the next few years, at an average of about 300 subsea trees per year’, the analysts write.