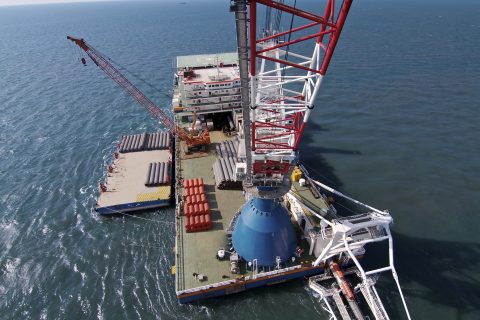 Van Oord and TechnipFMC are contracted for the engineering, procurement, construction and installation (EPCI) of the subsea hardware for the LNG project. Van Oord will execute the shallow offshore installation scope while TechnipFMC is responsible for the deep water scope.

The Anadarko-led Area 1 Mozambique LNG project will be Mozambique’s first onshore LNG development. The plant will initially consist of two LNG trains with a total capacity of 12.88 million tonnes per annum (mtpa) to support the development of the Golfinho/Atum gas fields that are located off Mozambique’s coast. Execution of the contract is planned to start.

TechnipFMC has also been awarded separate contracts to provide subsea hardware in support of the well construction and the EPCI scope. In support of these awards, the British offshore contractor, which has a longstanding relationship with Anadarko, will open a new office in Maputo, Mozambique.

“We are extremely pleased to have been selected for the majority of the Mozambique LNG subsea scope,” said Arnaud Pieton, President Subsea at TechnipFMC. “This award is a testament to our 25-year partnership with Anadarko and will further expand our presence in Mozambique.”

Allseas will also be involved in the project as a strategic major subcontractor, TechnipFMC announced. The two companies have entered into a strategic collaboration agreement aimed at jointly pursuing specific deepwater projects where the assets, products and capabilities of both companies are complementary. This strategic collaboration will give both companies enhanced access to world-class opportunities, the partners say. TechnipFMC and Allseas are already working together on certain projects including the development of the Golfinho field, which TechnipFMC calls one their most ambitious projects.