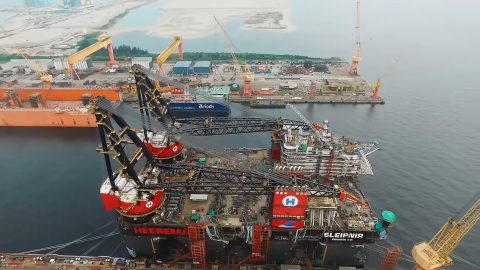 During its sea trials, the enormous crane vessel proved itself worthy of its title as the largest crane vessel in the world.

Sleipnir’s two 10,000-tonne revolving cranes, which can lift loads of up to 20,000 tonnes in tandem, were each tested at 110% of their capacity by lifting loads of 11,000 tonnes. “Both cranes passed the tests with flying colours,” Heerema states.

The 220 metres long and 102 metres wide vessel, which is also the first of its kind to run on liquefied natural gas (LNG), was able to reach a maximum speed of 12.2 knots when fully deploying all eight thrusters. Additionally, Sleipnir’s dynamic positioning system outperformed the system’s specifications and kept the ship stationary “within the footprint of a garden tile of 30 x 30 centimetres”, as Heerema puts it.

The Sleipnir is now ready to commence operations and will soon leave for Spain where it will be prepared for its first installation project. The giant heavy-lift vessel will install the topsides of the Leviathan gas field, which is located just off the coast of Israel. It is operated by Noble Energy.

Speaking at Sleipnir’s christening in Tuas Boulevard Yard in May this year Pieter Heerema said he is immensely proud to take things further with his newest fleet addition. “Sleipnir scores several firsts in the industry: It is the largest crane vessel yet built, it has the strongest pair of revolving cranes, and it’s also the world’s first crane vessel with dual-fuel engines running on MGO and LNG, dramatically reducing harmful emissions. Sleipnir’s innovative capabilities will place Heerema even firmer at the forefront of developments in the offshore oil, gas and wind energy industry for both installations and decommissioning,” he said. 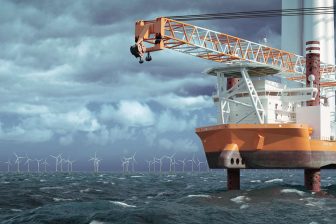 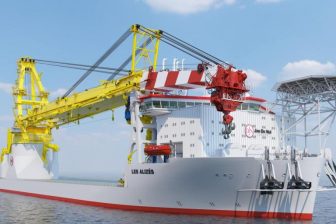 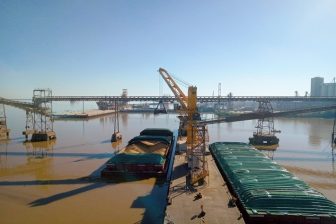