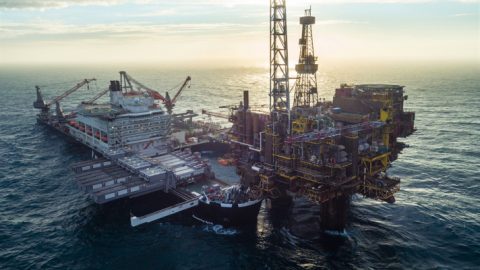 Allseas is planning to increase the lift capacity of its flagship Pioneering Spirit. The current maximum lift capacity is to be increased from 48,000 to 60,000 tonnes, reports PCJ’s Dutch sister publication Nieuwsblad Transport.

Details of the upgrade are yet unknown, but the operation will probably take at least several months and costs could run as high as hundreds of millions of euros, considering the construction of the vessel cost EUR 2.7 billion.

Reason for the upgrade is a contract with Equinor for the removal of the enormous Statfjord A platform in the North Sea, which should be removed in 2022 at the latest. On paper, the topside of the platform weighs 48,000 tonnes, which is equal to the Pioneering Spirit’s maximum lift capacity. However, previous decommissioning contracts have taught Allseas that the actual weight of the topsides can differ from what it says on paper.

“We are talking about platforms that are over 30 years old and which have had all sorts of changes,” spokesman Jeroen Hagelstein tells Nieuwsblad Transport. “Those changes were made in the paper era with the drawings ending up in dusty basements. It’s often really difficult to get the right data. Additionally, the constructions can hold unknown amounts of liquids adding to the weight.”

For example, the Brent Bravo topside turned out to weigh 25,000 tonnes instead of 24,800 tonnes and the Valhall QP topside 3,800 instead of 3,400 tonnes. Both of those topsides were well within the Pioneering Spirit’s lifting capacity and as such did not pose a real problem. But with the Statfjord A topside exactly matching the maximum lift capacity of the Pioneering Spirit, Allseas does not want o take any chances. As a result, the Dutch company of maritime entrepreneur will upgrade the lift capacity of its flagship to 60,000 tonnes.

Where the upgrade will take place is also unknown at the moment, but Hagelstein says it’s not necessary to sail the vessel back to the Daewoo shipyard in Korea where it was built. 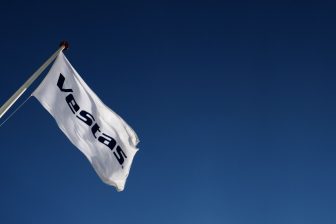