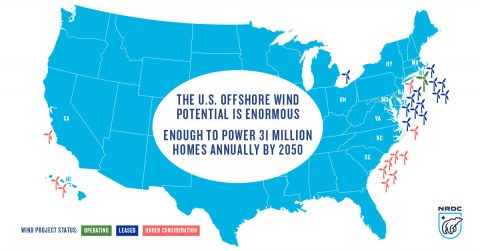 Installed offshore wind capacity in US waters could reach 20GW by 2030 and annual investments in the sector could surpass USD 15 billion by the mid-2020s. That would mean capital expenditure in US offshore wind will likely exceed those in US offshore oil and gas within the next five years, writes Rystad Energy.

“There are currently 6 GW of offshore wind projects in the US that have been sanctioned for development, requiring collective investments of more than USD 20 billion over the next five years”, says Tim Bjerkelund, Head of Consulting New York at Rystad Energy. “Assuming continued support from the regulators, many more projects will be sanctioned in the coming years and we expect to see yearly investments in the sector exceed $15 billion by the middle of the decade. That would certainly signal an energy revolution and offshore suppliers should take note.”

By comparison, Rystad Energy expects annual expenditure on US offshore oil and gas projects to average USD 14.8 billion between 2020 and 2025.

The majority of the offshore wind projects are located in the Northeast of the United States. These states are facing the same problem as Northwest European countries were; renewable energy can reduce the dependency of energy imports, but the region lacks available land to accommodate wind and solar farms. According to Bjerkelund, the states have “wisely” picked up the same playbook as European countries by moving the wind farms offshore and benefit from the technological developments and cost efficiencies introduced in the North Sea. The costs for major projects like Vineyard Wind are expected to be close to the levels of European projects. This bodes well for an industry that is still in its infancy, notes Rystad Energy.

According to the Energy Information Administration (EIA), the potential for offshore wind in the US is 7200 Terawatt hour (TWh). If all of this were to be realized, it would equal hundreds of projects similar to the ones already sanctioned, with each requiring investments of around USD 3 billion on average.

“The emergence of offshore wind as an industry in the US is truly exciting. The energy transition is taking place now, not through small test projects, but through utility-scale projects that each require billions of dollars in investment,” Bjerkelund concludes. 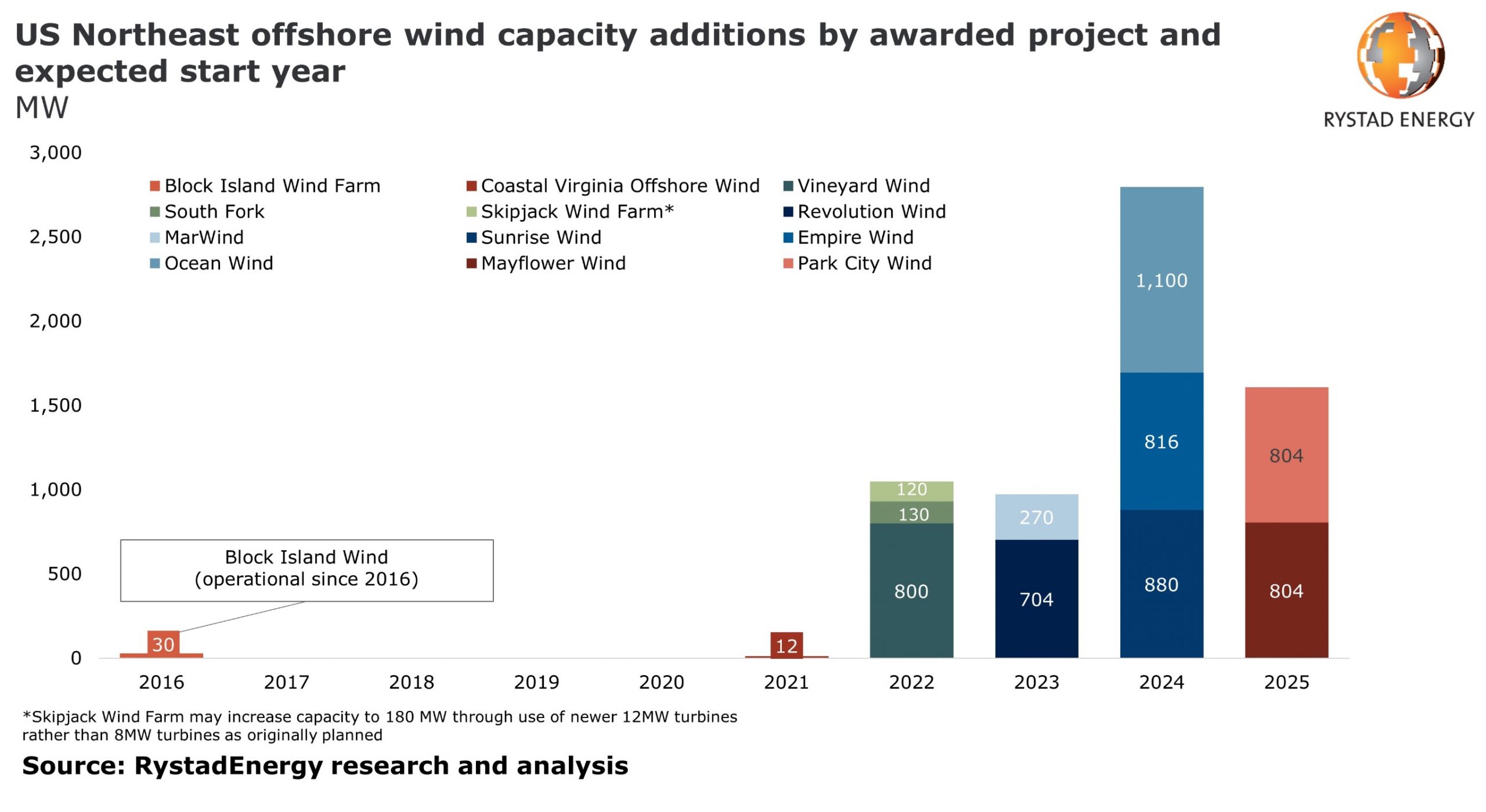