Oil price falls below zero for first time in history

The oil price for the American benchmark West Texas Intermediate oil (WTI) dropped below zero on Monday for the first time in history. Traders were paying as much as USD 37,63 per barrel to get rid of oil as they have run out of space to store it.

It is the first time ever that oil traded for negative prices. Due to the coronavirus, oil demand has reached its lowest point in decades but production is still ongoing, creating a massive glut. Because storage has become scarce and expensive, traders were paying to get rid of their product. The price has now bounced back to USD 14,61 per barrel, which is still incredibly low. Brent oil currently sells for USD 19,66 per barrel.

A combination of the virus outbreak and oil price war initiated by Saudi Arabia in February has led to an enormous oversupply of oil.

Reuters reports that a record 160 million barrels of oil are currently stored in tankers at sea, 60% more than the previous record which was set in 2009.

OPEC+ recently ended the oil price war and agreed on record production cuts of 9.7 million barrels per day starting May 1st. However, analysts around the globe agree that this is nowhere near enough to offset the current crude price crash. 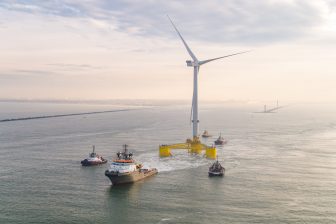