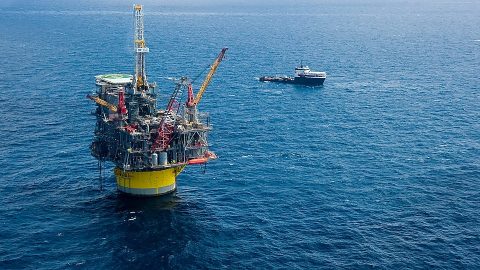 Royal Dutch Shell is preparing a major reorganization in response to the new oil crisis, which sees the company write off at least 20 billion dollars in assets in the previous quarter. “We will likely get out of this crisis with scratches, but I want to be better positioned for a changing world, which will come at us even faster”, CEO Ben van Beurden says.

In an update to its second-quarter outlook, Shell has announced impairment of its assets in the range of 20 to 27 billion dollars. The gas, upstream and oil products business units are all expected to be negatively impacted, with gas performing below average, oil products experiencing a significant drop in sales and upstream likely showing a loss.

The pandemic has hit the oil and gas industry hard. Producers have drastically cut back on investments and are implementing rigorous cost-cutting measures to deal with the new downturn, which in turn has resulted in a large number of layoffs across the industry.

As one of the major oil producers worldwide, Shell is heavily affected by this new crisis as well. To illustrate the urgency of the matter: In April, the company announced it will cut dividend payments for the first time since World War II. “Lowering dividend hurts a lot, me as well, but it was a logical consequence of the corona crisis. Our dividend could not withstand a pandemic”, Van Beurden says in an interview with Dutch newspaper Het Financieele Dagblad.

Van Beurden emphasizes that the drastic measure has nothing to do with the energy transition. Before corona the company’s dividend of approximately 15 billion dollars a year was well covered, he says. “But low oil prices and the uncertainty of demand for our products, the pressure on the margins of our refineries which in many cases are negative and which will likely remain bad for a long period, gas and chemical margins which have been hurt, that all affects us a great deal and will cost tens of billions of dollars annually”, the CEO says.

As such, cost-cutting measures and delaying projects alone are not enough, giving the company two options: Lend money to pay a dividend, or cut the dividend and not increase debt. Van Beurden: “I have lost sleep over it, but we had no choice. I don’t want to survive this pandemic with a company that is no longer capable of anything.”

To deal with the situation, Shell is preparing a major reorganization to streamline the company and accelerate its shift towards low-carbon, Van Beurden recently told employees in an internal video, according to Reuters. The reorganization will include layoffs and other cost-cutting measures, although no concrete figures have been released yet. The reorganization is expected to take effect per 2021.

In addition to readjusting the company to the low price environment, Shell will also be accelerating its shift towards low carbon solutions. “The relevance of the oil and gas industry in the world will decrease, and other forms of energy will take its place. We have to develop new business models for that, without immediately throwing out the old”, Van Beurden tells Het Financieele Dagblad.

Two areas of interest are hydrogen and carbon capture technology, for which Shell is currently involved in large projects in the Netherlands and Norway, respectively.

It is unknown what other measures the company will be taking, but at the presentation of the company’s first-quarter results, Van Beurden said the company is preparing a fundamental shift over the next thirty years. The first concrete steps towards this goal are expected to be announced later this year.