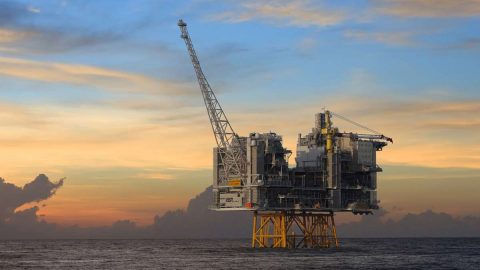 Due to a slow economic recovery from the corona pandemic, the full recovery in global energy demand likely won’t be back on track until 2025, warns the International Energy Agency (IEA).

With a corona vaccine, energy demand could rebound in 2021 and recover as early as 2023, but if the economic recovery slows down, that timeline will be pushed back two years. In that case, the agency predicts a “deeper slump” in the economy with high unemployment, bankruptcies and structural economic changes as a result. Even in the most optimistic scenario, the corona pandemic will have a lasting impact on the energy sector.

This year, global energy demand will drop by 5%, according to IEA. CO2 emissions from energy consumption fall by 7%and investments in energy fall by almost a fifth. Oil demand will fall 8%, coal use 7%, while renewables will see a slight increase.

If the global economy recovers, demand for oil will also return to pre-crisis levels, although IEA does warn of uncertainty about future oil demand. Coupled with the declining oil price this year, oil producers don’t know what to do with investments, which could create a mismatch in supply and demand, the agency said.

The rising demand for oil will decline over the next ten years, IEA expects. The agency also warns that with current policies and the lack of new policies, we are far from achieving the climate goals. It is still too early to say whether the corona pandemic is an incentive or a setback for governments and the energy sector in their efforts to become more sustainable.

For the long term, the IEA expects that more efficient and electric vehicles will reduce the demand for oil. Initially, the demand for oil will increase by emerging countries such as India but it will flatten out by 2030, the analysts state. Currently, the agency expects that approximately 103 million barrels of oil will be produced per day in 2030, 2 million barrels per day less than the previous estimate.