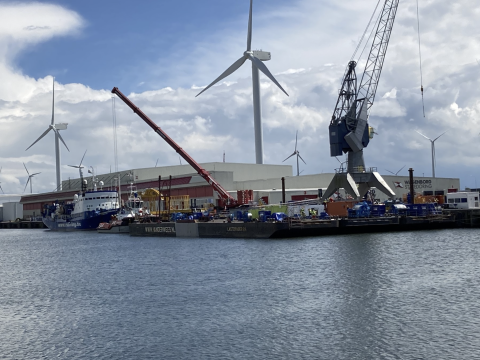 The maritime logistics conglomerate, Royal Wagenborg has begun a mobilising project, including its full logistics scope, in line with a long-term contract with the industrial holding company, NKT.

In the next seven weeks, three cable-laying barges will be connected and mobilised as a single barge. Additionally, a fourth barge will be equipped with a cable tank.

This is taking place in the port of Eemshaven, in the province of Groningen, specifically at the Wagenborg Terminal. With a strategic location, a storage area of ​​160,000 square metres and a quay measuring over 1.500 metres in length, the terminal is popular for offshore wind projects. It has previously provided port logistic services to several North Sea wind farms. In addition to owning a shipyard, Wagenborg also disposes of in-house customs and agency services, crane rentals, and towage services. This allows for cost-efficient mobilisation.

Next weekend, one of the barges will sail to Karlskrona in the south of Sweden, to load a cable, and will return to Eemshaven by the end of the month. After being coiled on the three aforementioned barges, this cable will be laid in the Wadden area, in the North West of Germany. 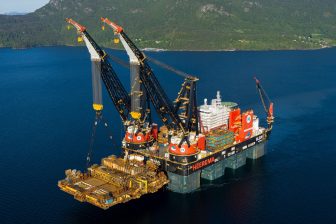