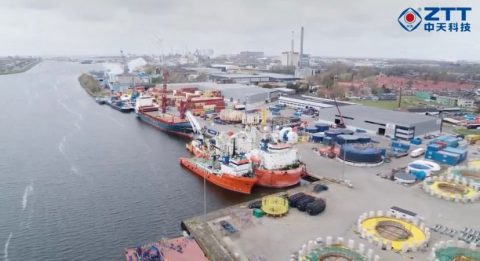 The Nantong-based, ZTT submarine cable & system company completed the cable load out and installation for the Kaskasi II wind farm project. The wind farm is in the North Sea, approximately 35 kilometres off the coast of Heligoland, Germany. It is being developed by the multinational energy company RWE, headquartered in Essen.

The 342MW offshore wind farm is expected to power 400,000 homes a year upon its commissioning. It is meant to support Germany’s goal of achieving 20GW of offshore wind energy capacity by 2030. The wind farm’s three-phase electric power connection will be installed in the North Sea Cluster 4.

After being generated, the electricity will be transported to the HelWin beta high voltage direct current (HVDC) sea station, an HVDC link built to transmit offshore wind power to the power grid of the mainland, by two alternating currents (AC) subsea cables.