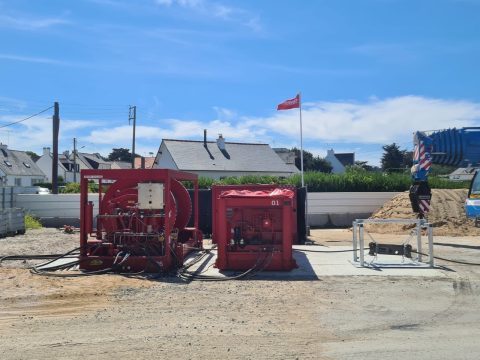 The wind farm’s 62 Siemens Gamesa wind turbines are located 16,3 kilometres from the Breton coast, over a surface of 75 square kilometres. With each turbine generating 8 MW of power, the OWF has a total installed capacity of 496 MW. This should supply power to 835,000 people, once the OWF is finished in 2023. For this power to be accessed, it needs to be connected to the shore.

Mammoet Offshore Services used an 85-tonne winch and its ancillaries, which included 1000 metres of wire, a spooler, and sheaves, in two cable-pulling campaigns, to bring the cables to shore to be connected to the grid later on. The winch wire was pulled through the horizontal duct and connected to the export cable. The wire could then be directed back through the duct to its final onshore position.

The OWF will be connected to the French electrical grid. RTE France has awarded a € 115 million contract to Nexans to supply and install the 67km offshore and 93km onshore power export cables. There will be a double submarine and then an underground 225,000-volt link to the existing network. The connection network will be made at the Doberie substation in the commune of Hénansal.

The wind farm is commissioned by Ailes Marines SAS, a subsidiary of Iberdrola. With an investment of 2.4 billion euros, it is Brittany’s first large-scale offshore wind farm, and one of the first of its kind in France. 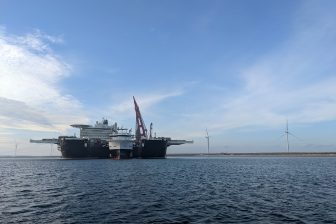 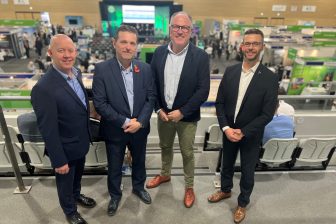