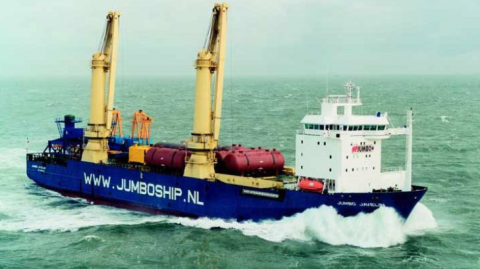 “The entire port community must work together to attract project cargo”

Ports seeking to attract project cargo should predominantly focus on the cargo stakeholders. Ultimately, they select the seaport through which the cargo will be directed. The shipping lines and their vessels are following in this respect. However, they too have a voice and can influence their customers to opt for a specific port. This according to Jos Masselink, independent logistics consultant specialising in breakbulk.

Until late 2017, Masselink was general manager at Broekman Logistics and responsible for the Broekman offshore & heavy lift terminal in Rotterdam. He sits on the advisory board of Project Cargo Summit.

Years ago, Rotterdam conceded a substantial percentage of its breakbulk volumes to Antwerp. The Port of Rotterdam Authority has however made the specific segment of heavy lift and project cargo a spearhead again – and not without effect. During his time at Broekman, Masselink also actively contributed to this. One example is the completely modernised Offshore & Heavy Lift Centre at the Waalhaven commissioned by the company in 2015.

For a port to be successful in project cargo, the port community must actively work together, states Masselink. “Port authority, terminal operators and shipping lines… they all stand to benefit from convincing shippers to select their port. I have positive personal experience with this. The Port of Rotterdam Authority is highly accommodating. It also substantially aided the realisation of the Offshore & Heavy Lift Centre at the time. The collaboration was excellent.”

Price is far from always the determining factor, knows Masselink from experience. “Of course, the price of the entire chain matters. But speed and good service are just as important. Can customers count on you 24 hours a day and seven days a week? That is an important criterion, especially for the offshore industry.”

The amount of work in the offshore sector is highly dependent on the price of oil, as has become apparent in recent years. “Everyone started panicking when oil prices started to fall in 2014. And justifiably so. Investments in exploration rapidly declined. Some companies disappeared, others slimmed down. Now that the price is climbing again, healthy companies are picking up where they left off. At some point, they will emerge stronger. If the demand for oil continues to rise, things will start swinging into action again.”

Decommissioning constitutes an interesting market as well. In the coming decades, an estimated 400 oil and gas platforms in the North Sea are slated for removal and dismantlement. Several ports are keen to facilitate this. In the Netherlands, these include Vlissingen, Rotterdam and Eemshaven. In the UK, Blyth, Great Yarmouth and Lerwick (on the Shetland Islands) are very active. In Southwest Norway, Veolia operates a decommissioning location in Lutelandet.

“Everyone is trying to get in on this,” observes Masselink. “The first priority for companies looking to become involved in decommissioning is obtaining the required permits, particularly in terms of the environment. Otherwise they won’t stand a chance.”

See for the conference program and to register.