North Sea Port, the newly formed, biggest breakbulk port of Northwest-Europe, saw its breakbulk volume slide in the first quarter of 2019 due to increased containerization of perishables like bananas. Ro-ro volume was also down.

Total throughput decreased 0,9% to 17.million tonnes which, according to the port, means that “the port stays on track” and the companies in the port “have consolidated the growth of previous years.”

The newly formed port has not yet published a more detailed overview of its throughput, but in a press release it does state breakbulk and ro-ro volumes are down. Handling of liquid bulk cargoes also decreased, while the throughput of containers and dry bulk increased.

The growth in dry bulk handling is driven by a strong construction market which has led to increased volumes of sand, gravel and other construction materials, as well as an increase in agribulk. Thanks to the containerization of bananas and other perishables, an important and large market for the port, container volume “nearly doubled”.

North Sea Port, which was formed through a merger of Zeeland Seaports (ports of Flushing and Terneuzen) and Port of Ghent in 2017, handled a record amount of cargo last year.

The throughput of conventional breakbulk increased with 4.5% to 11.8 million tonnes, making it the largest breakbulk port in Europe. However, when looking at individual ports that title still belongs to Antwerp which handled 10.2 million tonnes of conventional breakbulk. North Sea Port’s breakbulk volume includes quite some project cargo as well, thanks to its offshore industry. The port serves, among other things, as operations and maintenance base for offshore wind parks. Ro-ro traffic decreased with 3.4% to 3.5 million tonnes in 2018.

Overview of the largest, individual breakbulk ports in 2018. 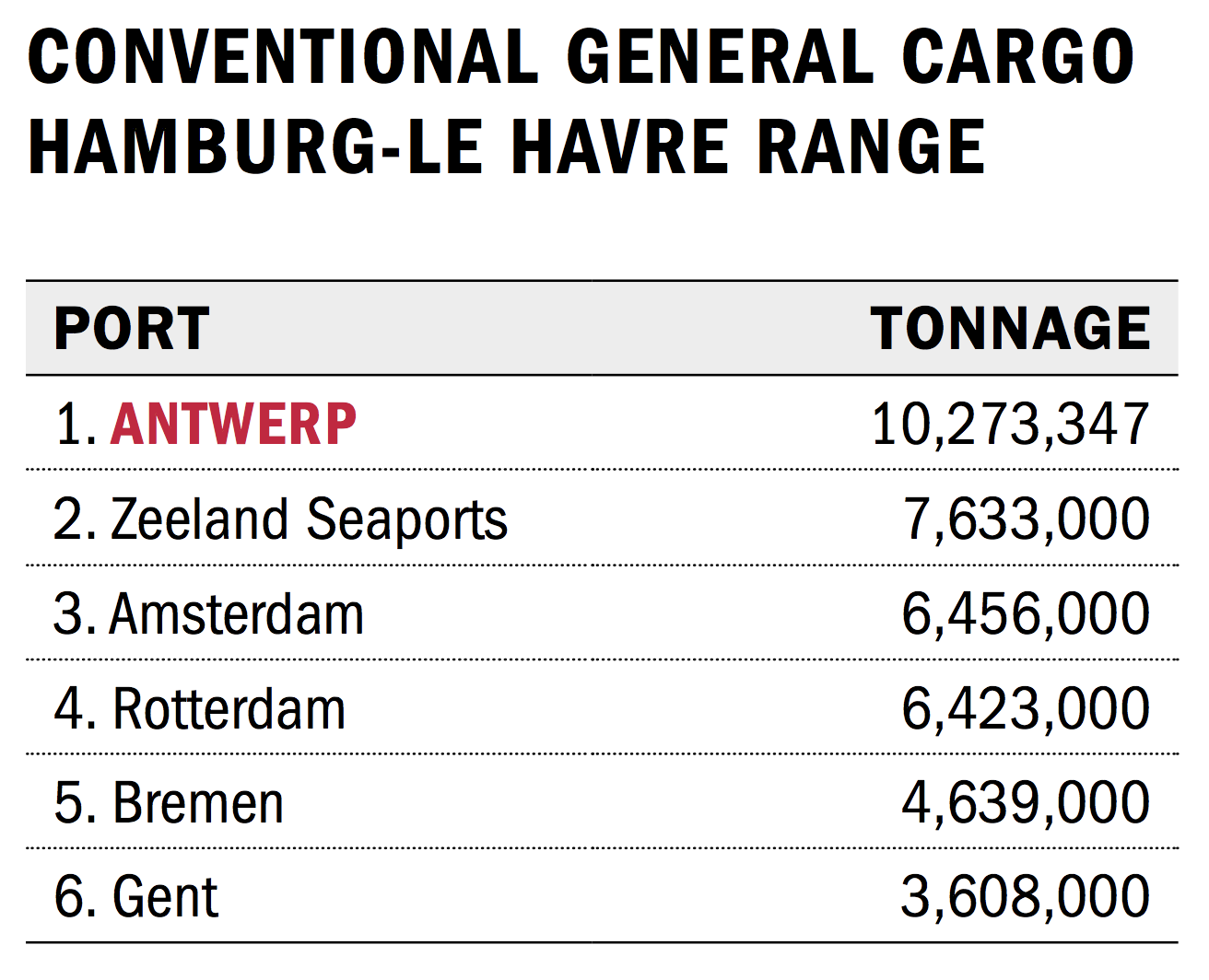