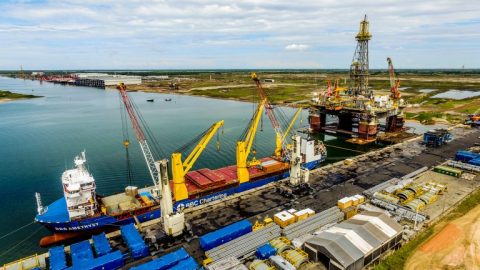 Multipurpose vessel BBC Amethyst is the first vessel to make the crossing from Antwerp to Porto do Açu in Brazil, a private port in which Port of Antwerp participates with the ultimate goal to strengthen the ties between Port of Antwerp and the Brazilian market.

Loaded with a Siemens gas turbine for the new thermoelectric powerplant of Gas Natural Açu (GNA), a joint venture of Prumo (the parent holding company of Porto do Açu), BP Siemens, the BBC Amethyst moored at Prumo Logistica’s Multicargo Terminal in the port last week.

The gas turbine will convert liquefied natural gas (LNG) to electricity. With its capacity of 3 gigawatts, the LNG-to-power complex will be the largest in Latin America and will provide around 14 million households with electricity. The plant itself is located at the port of Açu and GNA has already obtained permits to double the plant in size reaching 6.4 gigawatts capacity.

For Port of Antwerp, this type of transport is exactly what it’s after with its participation in Porto do Açu. The gas turbine was first transported by barge from Siemens’ factory in Mülheim, Germany to the breakbulk terminal of Katoen Natie in Port of Antwerp, where it was loaded into the hold of the BBC Amethyst together with other bulky components and set sail to Porto do Açu.

The new and private Brazilian port specializes in sustainable projects and will likely increase the throughput of project cargo and breakbulk through the Port of Antwerp. Clients of the Brazilian port include BP, Chevron, Petrobras, Shell, TechnipFMC and Wärtilä, to name a few.

“Both our ports have deep expertise in breakbulk cargo and they both aim for sustainable growth. The fact that the first cargo is project cargo for a sustainable energy project is really the cherry on the cake. We hope this successful case will in the near future lead to many more cargo streams between Antwerp and Açu,” said Tessa Major, Commercial Director of Porto do Açu. 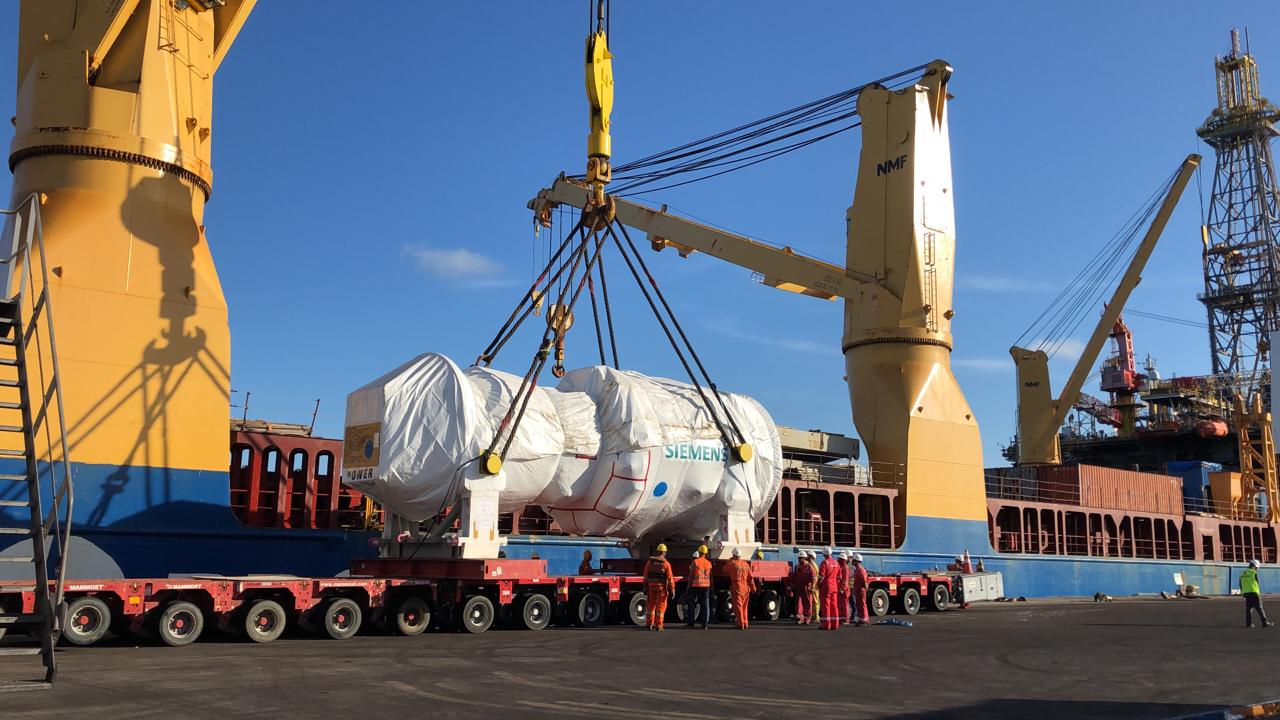 Port of Antwerp International has been a shareholder and long-term consultant of Porto do Açu since 2017, but Port of Antwerp’s partner and owner of the port Prumo Logistica started the construction of the port a decade earlier, in 2007.

The arrival of the BBC Amethyst is a milestone for Port of Antwerp International, which invested 10 million euros in the port in return for one seat on the board and 1.176% of the ports stocks. The Belgian port authority has an option to invest another 10 million euros increasing its share to 2.352%.

With its investment, Port of Antwerp wants to strengthen its ties with Brazil, the seventh biggest economy in the world and a key trading partner for the port.

Antwerp and the Brazilian ports mutually ship around 6.2 million tonnes of goods each year. Imports from Brazil consist mainly of agri-commodities like coffee, meat, fruit, wood, tobacco and steel products, while Europe primarily exports malt, fertilizers, chemicals and potato products via Antwerp to the Brazilian market. Looking at the many plants that are being built in Porto do Açu and the offshore industry in the port, ships will be frequently loading and offloading project cargo as well.

In fact, the presence of the offshore industry in Porto do Açu was one of the key drivers for Port of Antwerp to invest in Prumo’s port. “We chose to invest in Port of Açu, among other ports, due to its strategic location near oil and gas fields, as well as being in the southeast region – the main economic area of ​​the country,” Jacques Vandermeiren, CEO Of the Port of Antwerp said back in July 2017.

In addition, Vandermeiren added: “Açu is an example of a successful and already operational private port, developed by a reliable partner with a focus on sustainability. Finally, it is a unique opportunity for the PAI to participate in the development of a port, while at the same time increasing Antwerp’s position in Latin America, making it the preferred port for the continent.”