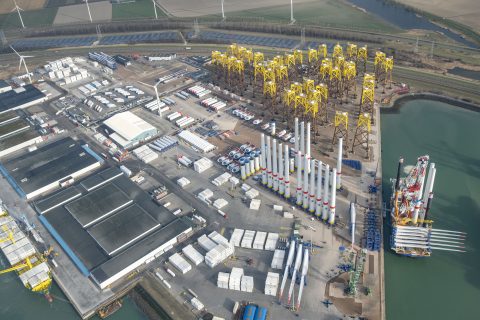 How Europe’s biggest breakbulk port is looking for growth

Since its foundation through the merger of Zeeland Seaports and Port of Ghent, North Sea Port is officially the largest breakbulk port of Europe. The port plans to maintain that position by wooing manufacturers and processing industry with tailor made solutions, says breakbulk manager Marcel Pater in an interview with PCJ.

North Sea Port was formed in 2017 through a merger of Zeeland Seaports – consisting of the ports of Vlissingen and Terneuzen – and Port of Ghent. Until then, Zeeland Seaports had for many years been Europe’s second largest breakbulk port, always a few million tonnes shy of Antwerp’s throughput. But the merger with Ghent provided just enough tonnage to claim the crown.

North Sea Port is now the biggest breakbulk port of Europe, with the throughput of conventional breakbulk reaching 11.8 million tonnes in 2018. Have you set specific goals to increase or maintain that lead?

“As port authority, our influence is actually rather limited. We can’t shape the world the way we want it to be. That being said, our goal is to grow our volume, especially in the offshore industry, but we haven’t set any specific targets. Our aim is to attract producers and manufacturers. We have plenty of space available in the port. However, companies nowadays are often reluctant to sign long-term agreements. In these cases, shorter-term contracts offer a mutual benefit as companies do not immediately have to make any big commitments, while we as a port enjoy spin-off business and maintain flexibility to develop the port in the future.” 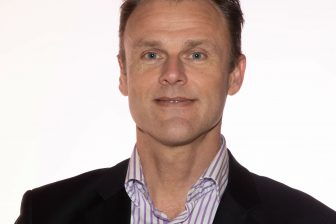 You specifically mentioned the offshore industry, which brings a lot of project cargo to your port. How are you accommodating this sector?

“In both the oil and gas as the wind industry, parts and modules are getting bigger and heavier. That means companies increasingly depend on deep water for their transportation. We can provide such deep water locations. For example, we have EEW constructing foundations in the port, Heerema builds jackets and transformer stations for the likes of Tennet, and just last year MHI Vestas established a site in Vlissingen where complete wind turbine installations are assembled and marshalled to the North Sea wind farms.”

The merger was aimed at creating a stronger port region with more cooperation between the ports of Flushing, Terneuzen and Ghent. Have the rebranding and new name helped in attracting new business?

“The merger brought us the ability to specialise and offer our clients the benefits of the larger economy of scale. I’m sure that is already paying off. For example, the construction of the additional lock at the entrance of the canal from Terneuzen to Gent opens the window for new opportunities.”

“There have been a number of port investments between 2009 and 2015 that contributed greatly to the growth. In 2009, Verbrugge Terminals further expanded its business with the completion of its Scaldia Terminal. A huge investment for the port, which also facilitated a strong growth in metals and project cargo. Kloosterboer has lifted our position in the offshore wind industry with the establishment of its affiliate Breakbulk Offshore Wind (BOW). Additionally, Supemaritime, Bulk Terminal Zeeland, Access World, Perenco and Mammoet opened or expanded their terminal and warehouse facilities. And currently, ASK Romein is developing a new platform and quay wall to serve the project- and offshore market. As a result, some cargo shifted from Antwerp and Rotterdam to us. We saw some companies disappear as well, like VDS Staalbouw which went bankrupt, but there is a clear positive trend. This lead to the growth of our breakbulk volume in both absolute terms as well as the relative share in total volume. It is important to note though, that we do not have large scale container terminals, which means our relative breakbulk share is not affected by containerization as much.”

But containerization does have some effect on your volume, as was shown in the first quarter. How worrisome is that?

“We did indeed saw a decrease in our conventional breakbulk throughput in the first quarter of 2019 due to the containerization of bananas. It is well known that the breakbulk industry has been affected heavily by containerization and based on the developments in the reefer market, we knew it was coming for this cargo flow as well.”

Breakbulk figures often aren’t specified. Can you elaborate on your first quarter and how the various cargo flows performed?

“I would definitely say that the offshore wind industry has determined the skyline of Flushing in the first quarter. There was quite some activity in relation to the construction of the Belgian Norther wind farm and the British offshore wind farms East Anglia 1 and 2, which resulted in the growth of energy-related project cargo. Our steel volumes experienced some hick-ups but our throughput of forest products remained strong. We actually saw strong growth in the storage of forest products. Buyers seem to have been stocking up their supplies in anticipation of price increases, following a fair bit of consolidation among the producers.”

What are your expectations for 2019?

“In general, we do not expect any structural changes and believe we will maintain our volume of last year.”

Looking forward, what are markets of which you expect a lot?

“We expect to grow our position in the offshore wind industry. There have been some positive developments that support these expectations, as the opening of an Operational & Maintenance base. Another market we are investing in is the decommissioning market, which is slowly starting to gain momentum. We’ve actually already had 10 to 15 large offshore units dismantled in our port. We feel we’re well equipped to serve this market, as both the dismantling yards and recycling companies are located in our port. There’s currently an interesting debate of how many of these platforms should actually be removed. In many cases, it may be more sustainable to keep the existing infrastructure at sea but replace the topside for something else. Like the production of hydrogen for example. That may even be more attractive for us as a port, considering that these offshore factories would need to be built somewhere and it would involve heavy-lift vessels to transport the modules. It would also mean new industries would arise offshore, which creates the need for supply and maintenance operations. Of course, the old and aged platforms will sooner or later need to be removed. To better facilitate the demolition of those rigs and installations we’re currently redeveloping our recycling industry. All the necessary recycling companies are present, but at the moment they’re scattered throughout the port. We are researching the possibilities to create an efficient cluster of these activities. Together is stronger and that would ultimately benefit the entire recycling chain.”

North Sea Port will give a presentation about its decommissioning plans at the Project Cargo Summit, which is organised by Promedia Group on the 11th & 12th of September, 2019 in Rotterdam. For more information about this dedicated project cargo and heavy-lift event, please visit www.projectcargosummit.com.