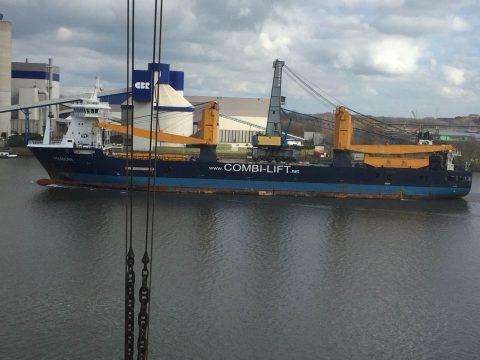 Port of Sevilla aims to grow in project cargo

The Port of Sevilla is planning a port expansion that is specifically aimed at attracting more industry and project cargo. The EU backed investment will see the port develop a new dock area of 17,000 square meters with berthing line that is capable of handling large industrial loads.

“We have a large area, not only to coordinate the operation of loading and unloading, but also for the implementation of manufacturing centres that reduce logistics costs due to the proximity to the pier”, port director Rafael Carmona said.

He added that the port has already moved a variety of large project cargoes, including ABB transformers, wind turbine foundations, bridge sections, aeronautical equipment for Airbus and large beer tanks Heineken, who has a brewery in Sevilla.

The construction of the new facility will be partially financed through the European CEF fund (Connecting Europe Facility).