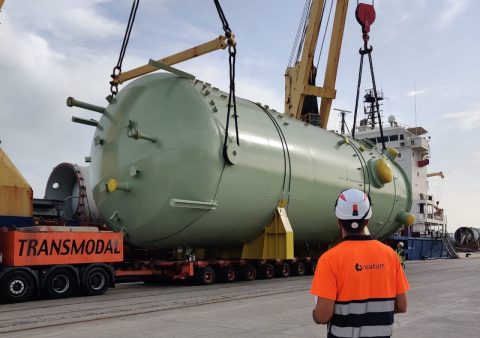 Port of Tarragona dispatches project cargo to the United States

The Tarragona Port Authority informed that the first operation, carried out at the Castella dock consisted of loading a single 35-metre long module weighing 198 tons and is destined for Houston.

The second operation, carried out at the Aragó dock included the loading of five modules. Four of the modules weighed 89 tons, the Port Authority said while the remaining unit had an overall weight of 330 tons, bringing the total weight loaded up to 686 tons. The project cargo is scheduled for delivery to New Orleans. The four modules were 21 metres long while the remaining unit is 25 metres long. According to the port authority, the project cargo has been lifted by the cranes onboard the BBC Chartering’s heavy lift vessel BBC Africa.

The equipment transported for the two projects has been built by Schwartz Hautmont at its facilities located in Vila-Seca and inside the port of Tarragona itself.

The stevedoring company in charge of the operation has been Noatum and the transport has been arranged by Transmodal, companies with extensive experience in this type of highly complex operations.

According to the AIS data, the vessel departed the Port of Tarragona on August 5, and is currently sailing in the North Atlantic. It is heading towards port of New Orleans.

Project cargo traffic is currently a service of the port of Tarragona within the strategy of growth and diversification of traffic. Tarragona’s port infrastructure offers services and availability of surface for this type of cargo, such as the wide operating areas in the docks, the ro-ro ramps and the excellent accessibility. 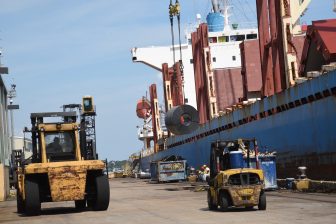 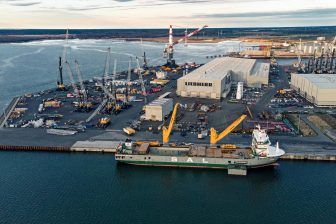 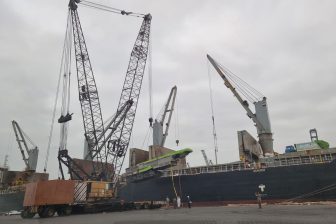