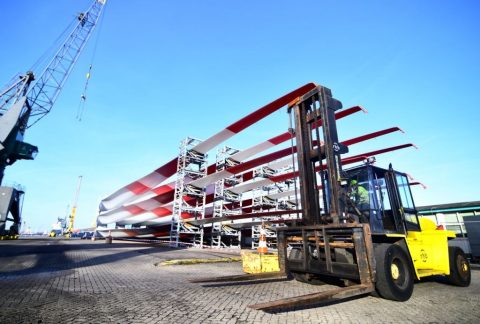 Breakbulk throughput up at Port of Rotterdam despite Ukraine war effects

Overall, 1.5 percent less freight passed through the Port of Rotterdam than in the same period last year: 113.6 million tonnes compared to 115.2 million tonnes in the first quarter of 2021.

Allard Castelein, CEO Port of Rotterdam Authority, said, “Although we started the year exceptionally well, the world was hit by the war in Ukraine in late February. Besides the fact that this conflict is a terrible humanitarian disaster, it led to serious uncertainty in world trade and changes in logistical parameters. Although no one can predict how this will unfold, we expect that the developments in Ukraine and the seriously deteriorated relationship between Russia and many other countries will impact throughput volumes for the rest of the year as well.”

In the segment of other breakbulk, an increase of 13.7 percent to 1.7 million tonnes resulted from a higher non-ferrous throughput and a shift from container cargo to breakbulk, brought on by the rates in container shipping. The port noted that much Russian cargo currently remains at the breakbulk terminals.