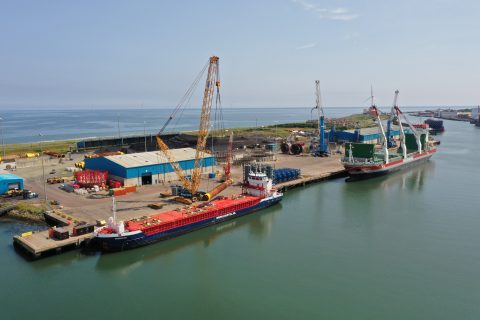 Two major offshore wind related contracts Port of Blyth secured in 2021 have pushed the ports figures into record territory. During the annual public meeting, Port of Blyth reported turnover of £25.5 million ($32 million), the highest total in its 140-year history, rising 15 percent on the previous year.

Operating profit grew 64 percent to £2.1 million ($2.6 million), with the major drivers for these results being the main port operating business, which landed the two major offshore wind related contracts in 2021 and continued to be regarded as one of the UK’s leading offshore energy support bases.

Chair of the Board of Commissioners, Geoff Hodgson, said, “Such positive financial results are testament to both the scale of the projects that the Port is attracting to Blyth and the commitment of a superb team. With its key role in the renewables sector only set to grow, the future of the Port of Blyth is looking hugely positive.”

Martin Lawlor, chief executive of Port of Blyth, stressed that the results were achieved during a year filled with Covid-19 and numerous Brexit challenges.

Port of Blyth berth utilisation up

While overall volume of cargo handled in the year increased to 0.7 million tonnes, given the Port’s increasing focus on servicing offshore energy vessels rather than handling more traditional cargo, port management has highlighted the 32 percent increase of berth utilisation during the year as a more useful performance statistic and another sign of significant growth.

Operational performance has also been a keen focus as container handling at the Port’s South Harbour terminal grew to the highest figure since Transped was established in 1997, while the commitment of the Port’s “key workers” ensured that millions of key consumer goods made it quickly from the container service to the supermarket shelf.

The Port maintained an outstanding safety record in 2021, with not a single lost time incident occurring throughout the year as it continues to lead the port sector nationally in relation to Health & Safety. 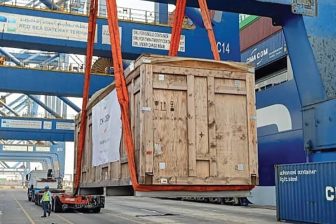