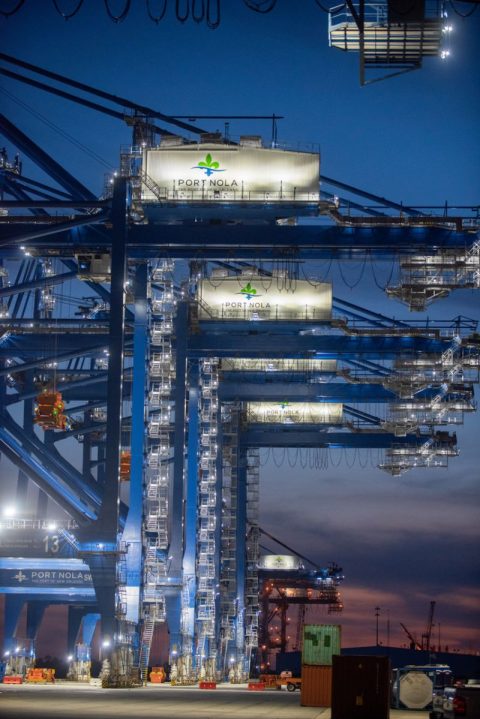 The State of Louisiana allocated $96.595 million to the expansion of the Port of New Orleans (NOLA) during the 2022 regular session of the Louisiana legislature. These projects have the goal of increasing international trade and preparing for future growth.

One first area of investment is the St. Bernard Transportation Corridor project. The legislature committed $50 million, for the planning, design, and engineering of an elevated roadway on the backside of the Forty Arpent Canal. It would span from the future Louisiana International Terminal in Violet, Louisiana, to the I-510. Indeed, demand for containerized cargo is projected to continue growing. As such, NOLA is investing $1.5 billion in the upcoming Louisiana International Terminal, a new container terminal to maintain Louisiana’s status as a competitive player in the Gulf of Mexico. The St. Bernard Transportation Corridor project will thus facilitate the moving of cargo to and from the new terminal, but also alleviate congestion, attract industry, and provide another hurricane evacuation route.

The second area of investment is the 102-year-old St. Claude Avenue Bridge. The legislature will invest $30.5 million, for the total rehabilitation of this bascule bridge, which crosses the Inner Harbour Navigation Canal and the Inner Harbour Navigation Canal Lock, connecting the Mississippi River to the Gulf of Mexico Intracoastal Waterway. This is a critical project, as about 21,000 vehicles use the bridge every day, along with pedestrians and cyclists. It is also a hurricane evacuation route.

The third area of investment is the Napoleon Avenue Container Terminal Container Crane Expansion Project. It received $8.1 million from the legislature, completing its previous $28.1 million commitment, to the overall $120 million projects. A highlight of this investment is the four 100-gauge container gantry cranes, which should be operational in July. These will complement the two existing ones and will allow more efficient service to larger ships, while the 50-foot gauge container cranes can be used for smaller ships, and the existing container-on-barge service, going between Memphis, the Port of Greater Baton Rouge, and NOLA.

A fourth and last area of investment is the Lineage Logistics’ Jourdan Road Cold Storage Terminal’s expansion, from 14864 square metres to 28243 square metres approximately. $7.995 million is committed, completing the State’s $11 million investment, in the $49 million expansion. This project, which is expected to be completed in July, will support employment and economic development across the state. 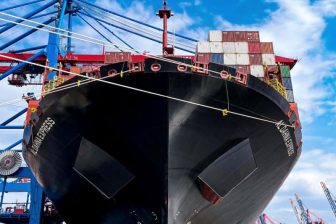