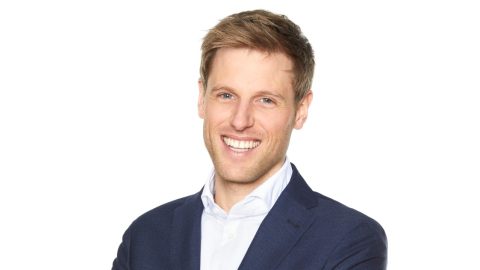 Close cooperation with the Port of IJmuiden has enabled the Port of Amsterdam to place itself as an attractive destination for the offshore wind industry. A new lock, opened in January by King Willem Alexander, with the push of a button, has provided the port with an opportunity to bring new customers.

The new, larger sea lock replaced the Noordersluis (North Lock) dating back to 1929, which needed replacing after almost a hundred years. The IJmuiden sea lock is 500 metres long, 70 metres wide and 18 metres deep, making it the largest sea lock in the world. The depth of 18 metres enables ships to use the sea lock from the sea side independently of the tides and to sail smoothly and safely to the Amsterdam Port region. As a result, the ports are accessible 24/7 via the sea entrance at IJmuiden.

According to Port of Amsterdam commercial manager Offshore & Logistics, Allard Klinkers, the new lock was probably the biggest development for the port in the recent period. But the port of Amsterdam is also seeing a shift in the type of cargo entering the port, due to the energy transition efforts by the European countries and the war in Ukraine, which has heavily pressured the volumes of steel and agri products coming to the port from that region.

“For the port overall, it consolidates a broader area, we see fossil products increasing and we get more cargo from that and you see wood and steel products coming from the eastern parts, from the Ukraine-Russia area, we see them slowing down and not entering the port anymore,” Klinkers said in a recent interview with Project Cargo Journal.

Port of Amsterdam is also following the directive of the European Union when it comes to sanctions imposed on Russia over its attack on Ukraine, however, Klinkers, says it should not impact the future developments too much, despite fossil products throughput expected to decrease.

An import ban on wood, iron and steel from Russia will take effect on June 17, 2022.

As for the future developments, Klinkers says, “Coming up, you see that a few terminals are expanding and taking more business to their area, and of course we have still some room available for new businesses, so we are really talking to clients involved in manufacturing components for offshore wind, so we see potential for them to visit and land in Port of Amsterdam as well.”

He adds that the energy transition is certainly creating a lot more demand and requests for the port area. The Port of Amsterdam is also benefiting from close cooperation with the port of IJmuiden which is in front of the new sea lock. The port of IJmuiden is expanding in the O&M business for offshore wind farms, and the clients are keeping an eye on the availability of space at the Port of Amsterdam as they look to secure more space behind the lock and set up operations in the area.

This is all in line with Klinkers’ expectations that the port of Amsterdam will see a slowdown in fossil products and increase in project logistics operations and project cargo.

“Besides the O&M, Ijmuiden also facilitates certain installation scopes. For example, the installation of the export cable for Hollandse Kust Noord and West, which is executed by the consortium JLC, of which Jan de Nul and LS Cable are part of,” Klinkers adds.

TMA Logistics has recently wrapped up its third project at the port. The company added Windplanblauw project to the list, after handling logistics for the Windpark Westermeerwind and Windpark Fryslân projects.

Furthermore, cargo from the Scan-Baltic region to the Port of Amsterdam is increasing in volumes, Klinkers noted. Port of Amsterdam has a throughput between 1.5 and 2 million tonnes of breakbulk and project cargo on an annual basis. These are the figures that the port expects to reach in 2022 as well. When combined with the throughput at the Port of IJmuiden, these figures grow to about 3 million tonnes.

Cargo volumes are spread across a number of multipurpose terminals in the port with VCK Logistics and TMA Logistics’ terminals taking the majority of the cargo. Klinkers further noted that Tata Steel adds additional volumes for the North Sea Canal region.