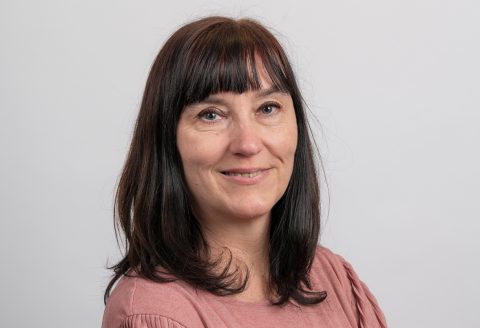 Interconnectivity within Port of Antwerp-Bruges lays path for expansion

Port of Antwerp-Bruges, Europe’s largest export port following the merger of ports of Antwerp and Zeebrugge, looks to lean heavily on the interconnection and synergy between the two platforms to drive further expansion.

In February 2021, the City of Antwerp and the City of Bruges announced the launch of the merger process for their respective ports. The signing of the shareholders’ agreement of the unified port company was finalised on April 22, 2022.

Only a month after, in May, Ann De Smet, key account manager maritime business at Port of Antwerp-Bruges, told Project Cargo Journal that the merger not only enables shipping lines to export out of the two platforms operating under a single roof now, but also opens an avenue of opportunities for clients seeking space in the future, either for storage or transshipment, or delivery of breakbulk and project cargo going to the hinterland of Europe.

Speaking of the future, De Smet noted that the new port is very much looking towards the energy transition for new business. “The platform of Antwerp is a big petrochemical cluster. So we need to put this cluster into renewable energy. Therefore, we need to import a lot of green hydrogen, for instance in the future, and that is where the platform of Zeebrugge comes in, because they already have the expertise in importing LNG, they have pipelines between the platform of Antwerp and Zeebrugge. And that is exactly where we are looking at for the moment, and what we are looking at for the future, importing hydrogen.”

And it wasn’t long after this comment was made that the Port of Antwerp-Bruges unveiled two new concessionaires, Plug and Ekopak, that joined the NextGen District, a hotspot for the circular economy, in the heart of the Antwerp site. These pioneers’ projects, a green hydrogen plant and a progressive water plant, make an essential contribution to circularity in the port.

De Smet further notes that it is not only the hydrogen economy that will drive activity in the port of Antwerp-Bruges but there are companies that still invest in expanding their breakbulk and project cargo facilities in Antwerp.

Companies still investing in breakbulk capacity at Port of Antwerp-Bruges

While still operating as a separate port, Antwerp reported a 49.1 percent jump in conventional general cargo, compared to the weak first quarter of 2021. Steel, the major category of goods within this segment, is holding firm on the export side.

The sanctions prohibiting the import of steel from Russia and Belarus since mid-March are having only a limited effect on throughput. After all, these flows are being replaced by imports from other countries because the EU has redistributed the import quota for steel from Russia and Belarus across other steel-exporting countries. However, global steel production is already down so far in 2022 compared to the same period in 2021 with the likes of India even imposing a 15 percent export tax on steel, which may have some impact on the flows of the commodity.

De Smet further noted that after the merger, and despite the aforementioned obstacles, breakbulk volumes will remain quite high, but the growth will not be to the same extent as in 2021 which compared to a weak 2020.

While the port of Antwerp previously was a major breakbulk hub, there will be no clear division within the Port of Antwerp-Bruges structure, says De Smet.

“Breakbulk and project cargo shipments are cargo-driven and not driven by carriers. The cargo will choose the location driven by cost-efficiency, experience and value added services,” she adds.

In the latest report, its first, the Port of Antwerp-Bruges unveiled that conventional general cargo grew strongly by 22 percent in the first half of the year compared to the same period in 2021 and recorded the highest throughput volume since 2011.

The main reason for this is the increase in imports of steel, the most important cargo group in this segment. Steel imports from Russia banned by sanctions are being replaced by imports from other countries. ​ Other product groups, such as wood, plywood and fruit, are also showing growth.

Going forward, there will also be a heavy focus on green energy, especially with Europe being driven by the FIT for 55 program. Heavy industry has no alternative but to comply with the rules and regulations which will come into practice fairly quickly. “We will hence need more wind energy and plant refurbishment,” said De Smet. This brought to attention the additional investment needed by the port to stay on top of the demand created by these industry developments.

De Smet said that the Port of Antwerp-Bruges is a landlord port, giving land in concession to private operators, reminding that PSA Antwerp, the Felbermayr Group, and Haeger & Schmidt Logistics have inked an agreement to invest in PSA Breakbulk, under a renewed joint venture in July last year.

Together, the three parties will invest in the necessary equipment and organisation on the site at the Churchill dock. This demonstrates their intentions for long-term cooperation and re-affirms their confidence in the future of the breakbulk sector in the Port of Antwerp.
The collaboration confirms the leading position of PSA Breakbulk in the handling of general cargo and steel in the Port of Antwerp.

De Smet added that as part of the investment, a new crane with 700-tonne lifting capacity will be installed at the PSA Breakbulk facility.

The port has been home to many operators for quite some time and two of them have reached significant milestones in June 2022, with breakbulk players Zuidnatie and C. Steinweg Group marking their 150th and 175th anniversary, respectively. 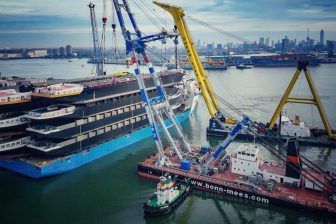 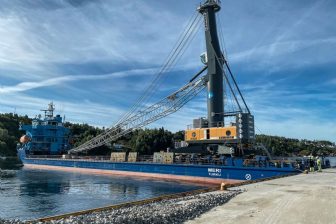 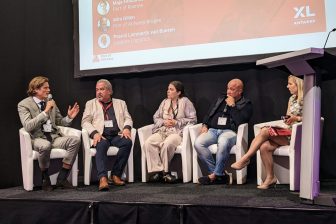