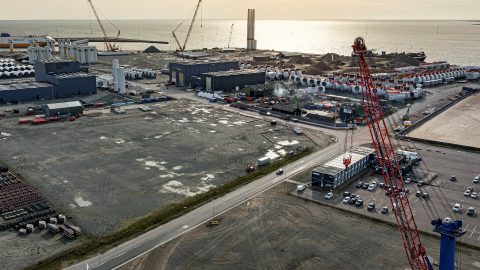 “We are driving on a bike path when what we need is a freeway,” Jesper Bank, Chief Commercial Officer at Port Esbjerg, said during the Project Cargo Summit, when speaking about the pace of offshore wind developments and the actual port capacity designated to catering to these projects. Port Esbjerg has a port expansion plan of 50 hectares in place already and has kicked off with the construction of a new facility, with the first tenant being Siemens Gamesa.

The construction of this new facility is one step in the direction of meeting the demand from the offshore wind industry, whose activities at the port are increasing and involving components of ever greater dimensions. This is the background to the project which will form the base for the handling of these gigantic components going forward.

A new facility will soon grace Port Esbjerg. It will be of world-class standard and unlike anything previously seen at offshore wind ports in Europe.

The facility will form the base for the handling of the ever-growing components dominating the offshore wind industry. The size of the components makes land transport extremely difficult, and the demand for further facilities is increasing. Therefore, earlier this year, Port Esbjerg initiated the design of a facility for offshore wind customers, having identified a need for storage and assembly facilities at the port. And now construction is set to begin.

Today, almost 25 GW of offshore wind has been installed in Europe. The Esbjerg Declaration, which was signed earlier this year by the four heads of government of Denmark, Germany, the Netherlands and Belgium, put further focus on the speed of wind farm deployment. This significant expansion requires an equally significant expansion of storage and assembly facilities, and the Port Esbjerg is leading the way.

“We’re in dialogue with stakeholders across the value chain, and the unanimous feedback is that larger ports with more capacity are a necessity. Therefore, the availability of the right facilities is crucial for the level of activity at the port. Particularly the wind turbine industry is developing very rapidly at the moment, which is why we’re ensuring that we have the facilities ready, so we can accommodate the increase in activities at Port Esbjerg,” says Søren Gade, chairman of Port Esbjerg.

Siemens Gamesa will be the first tenant

The new project which Port Esbjerg is about to build will be able to accommodate port-related storage and  assembly activities. The facility is designed specifically for wind-industry activities, and Siemens Gamesa will be the building’s first tenant. Siemens Gamesa has already got many activities at the port, and the lease agreement on the new building cements the company’s presence in Esbjerg.

“We’re delighted to extend our long-standing cooperation with Port Esbjerg with this lease agreement. Port Esbjerg is an important hub for offshore wind activities, and with this new facility, we’ll be even better equipped for the future,” says Torben Bang, CEO of Siemens Gamesa A/S.

The building was designed to form the base, going forward, for the handling of the gigantic components used by the offshore wind industry – and the weight and size of these are still increasing! The construction costs will amount to a three-digit million sum, and the building is due to be completed by the end of 2023.

The construction project was put out to tender, and Jorton A/S won the contract. “It’s clear that even in 2023, the facilities available at the ports around the North Sea will be insufficient to meet the demand, and we’re therefore very pleased that the facility will be completed already next year,” says Port Esbjerg CEO Dennis Jul Pedersen.

“Port Esbjerg demonstrates forward thinking with this new facility, and the port is creating the right setting for future activities in several areas. Last week, I had the pleasure of addressing Congress in Washington on Port Esbjerg’s role as a European leader in offshore wind, and now with this investment, Port Esbjerg demonstrates its determination to hold on to that position,” Mayor Jesper Frost Rasmussen explains.

He adds that Port Esbjerg has drawn up a plan for large-scale offshore wind, which will require major investments in the years ahead to support the expansion of offshore wind in the North Sea and the production capacity at the ports.

Port Esbjerg has also launched the largest continuous port expansion in its history together with projects for quay reinforcements, a deeper fairway and site improvements to accommodate wind turbine installation projects. 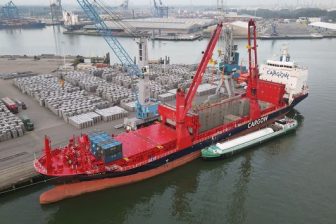 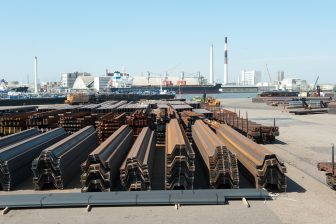